Two ports that account for 40% of all U.S. imports haven't been operating on weekends during the biggest supply chain crisis in generations — because of a union contract. 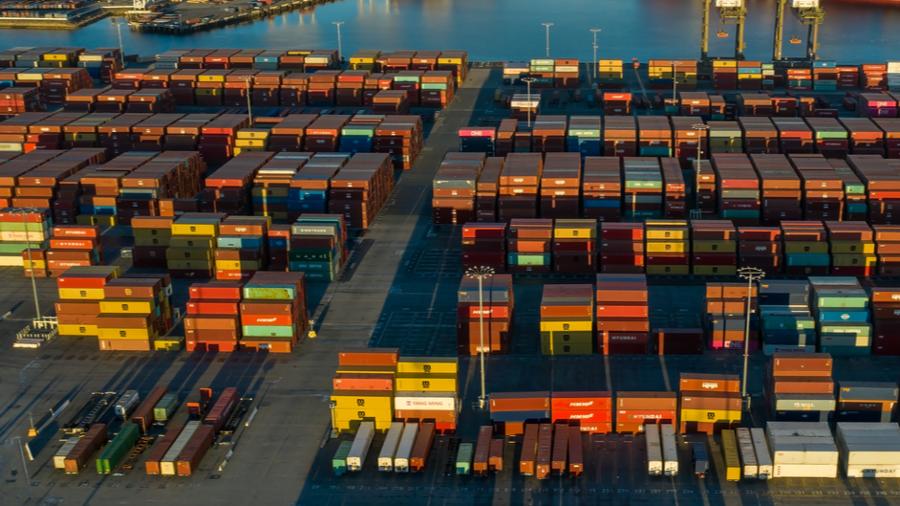 As media reports show, supply chain bottlenecks are leaving many people without essential goods, and are threatening to play Grinch with consumers this holiday season.

“I half-jokingly tell people ‘Order your Christmas presents now because otherwise on Christmas day, there may just be a picture of something that’s not coming until February or March,’” Scott Price, the international president for UPS, told the AFP wire service in September.

On Wednesday Biden announced he was addressing the problem of West Coast delays, saying the crucial ports of Los Angeles and Long Beach would soon be shifting to round-the-clock operations.

“After weeks of negotiation and working with my team and with the major union and retailers and freight movers, the Port of Los Angeles announced today that it’s going to begin operating 24 hours a day, 7 days a week,” Biden said.

The president said that by moving to a 24-7 system, the U.S. would be shifting to “what most of the leading countries in the world already operate on now, except us, until now.”

He then thanked union leaders shortly before his closing remarks.

“I particularly want to thank labor: Willie Adams of the Longshoremen and Warehouses Union, who is here today; the Teamsters; the rail unions from the Brotherhood of Railroad Signalmen; and the International Association of Mechan- — of Machinists; to the American Train Dispatchers Association; to Sheet Metal, Air, and Rail, and Transportation Workers Union, known as ‘SMART,’” Biden said.

A Story of Union Contracts

The obvious question, however, is this: why weren’t these ports already operating around the clock “like most of the leading countries in the world”?

The answer can be found in the very unions Biden thanked.

As Sean Higgins of the Competitive Enterprise Institute (CEI) recently explained, there appears to be no state or federal regulation preventing around-the-clock work at these ports. It’s simply a union policy.

“The primary issue appears to be the unions, whose contract effectively dictates when work can be done,” Higgins explains.

It turns out that unions negotiated a sweetheart deal. It’s not just that, as the Los Angeles Times notes, union dock workers make $171,000 (plus free healthcare) a year on average. Or that union clerks do even better ($194,000 on average), and they themselves earn a far cry from foremen and “walking bosses” ($282,000). (Those fat compensation figures result in part from the fact that union bosses were able to negotiate holiday pay not just for federal holidays, but for everything from “Bloody Thursday” to the birthdays of union leaders such as Harry Bridges and Cesar Chavez.)

The wages are noteworthy, but the bigger problem for people depending on smoothly running supply chains are the restrictions on work hours the unions negotiated. Higgens notes the labor contract between the Pacific Maritime Association and the International Longshore and Warehouse Union (ILWU) creates an inflexible operating schedule:

[The] union contract limits the port to just three shifts in a day: two lasting eight hours and another lasting just five hours. All three go from Monday to Friday. These shifts overlap slightly but even if they didn’t, they would still only total 21 hours. Keeping the ports open for 24 hours would require the port to pay overtime every single day.

On top of that, the contract says that any work done on weekends or holidays is automatically time-and-a-half too. So even if the port could offer shifts with a five-day work week that started on, say, Wednesday, it would have to pay those workers the equivalent of six days.

In other words, the contract makes it all but impossible for the port to remain operational for 24 hours a day and on weekends.

Now, the entire U.S. supply chain problem doesn’t come down to the ports of Los Angeles and Long Beach, and the poorly negotiated union contract. But the importance of these ports is enormous.

Indeed, Biden himself notes that 40 percent of all shipping containers imported into the U.S. come from these two ports — which have been idle some 60 hours every week during the biggest supply chain crisis in generations … because of a union contract.

To make matters worse, for years the union has blocked efforts to improve efficiency through automation.

“We were totally opposed to fully automated terminals and got the guarantees from our employers that they would not construct them during the life of our new package,” ILWU President Harold Daggett noted two years ago after the union negotiated its contract.

This is known as “featherbedding,” a practice unions have perfected over ages that requires employees to implement time-consuming policies and procedures that increase labor costs and decrease productivity. As economist Henry Hazlitt once observed, these “make-work rules” reduce efficiency but “are tolerated and even approved because of the confusion on this point in the public mind.”

“You Don’t Even Talk about That”

The reason the problem persists, Higgens says, is that people simply don’t want to create a political stir.

“You don’t even talk about that. You know, we don’t even try to influence that. But it’s really the root cause,” an anonymous carrier industry source reportedly told CEI.

There may be something to Higgens’s claim — if you’ve ever watched Martin Scorsese’s movie The Irishman, you know what I mean — but there’s a larger economic lesson to be learned.

As the economist George Reisman has observed, unions decrease productivity almost by their very nature.

[The] most serious consequence of the unions is the holding down or outright reduction of the productivity of labor. With few exceptions, the labor unions openly combat the rise in the productivity of labor. They do so virtually as a matter of principle. They oppose the introduction of labor-saving machinery on the grounds that it causes unemployment. They oppose competition among workers.

Granted, simply persuading ports to operate 24-7 around the clock (and no doubt covering the union costs) may solve some problems. But if Reisman’s observations are correct, Biden is seeking increased productivity and efficiency in the wrong place. Because of the incentive structure they operate under, unions are far better at leveraging power to negotiate sweetheart deals than boosting efficiency and productivity to improve the broader marketplace.

Indeed, just one day after Biden’s speech, union leaders were already making it clear they weren’t yet working around the clock — and had no timeline for doing so.

“It’s not a single lever we can pull today,” Gene Seroka, the Executive Director of the Port of Los Angeles, said in a media briefing. “There’s no timeline when suddenly we will wake up and everything will be 24-7.”

Jonathan Miltimore is the Managing Editor of FEE.org. His writing/reporting has been the subject of articles in TIME magazine, The Wall Street Journal, CNN, Forbes, FOX News, and the Star Tribune.