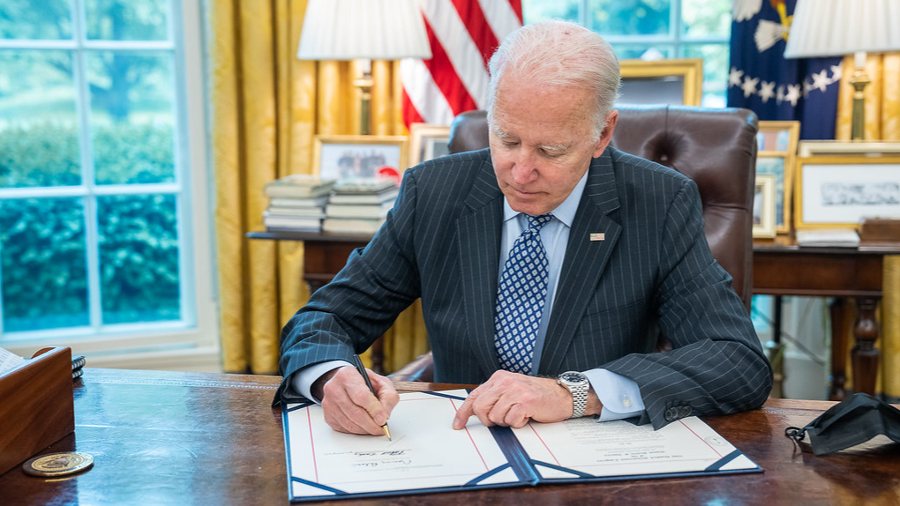 Biden’s order directs the Department of Health and Human Services to consider using Medicaid dollars to pay expenses for pregnant women who live in states with pro-life laws when they travel to other states for an abortion.

Because he is still recovering from COVID-19, Biden addressed the group remotely.

The president said his executive order “responds to the health care crisis that has unfolded since the Supreme Court overturned Roe.” That was a reference to the high court’s June 24 ruling overturning its 1973 decision in Roe v. Wade, which legalized abortion nationwide.

“This executive order also helps women travel out of state for medical care,” Biden said. “Secretary Becerra will work with states through Medicaid to allow them to provide reproductive health care for women who live in states where abortions are being banned in that state.”

As a senator, Biden said that federal funding of abortion “flips the bird” by forcing taxpayers to endorse and pay for the procedure. The Republican National Committee released a video of past news clips documenting Biden’s prior position.

Joe Biden used to oppose taxpayer-funded abortion — and even called abortion "a tragedy."

Now, Biden supports taxpayer-funded abortion until the moment of birth.pic.twitter.com/2a5nLmPD9Y

The president’s move will not be popular, said Marjorie Dannenfelser, president of the group Susan B. Anthony Pro-Life America. In a written statement, she added:

Biden and the Democrats make a serious error in assuming Americans nationwide agree with their radical agenda — using the full weight of the federal government to impose abortion on demand up to the moment of birth, illegally forcing taxpayers to fund it, ‘cracking down’ on nonprofits that provide life-affirming alternatives, and threatening to destroy any guardrails of democracy that stand in their way.

Before Biden signed his executive order, White House press secretary Karine Jean-Pierre was unable to respond clearly to reporters’ questions about the Hyde Amendment during a press briefing.

“How will you be able to pay, to help women pay, to cross a state line to get somewhere else where they need to go, given the restrictions of the Hyde Amendment?” a reporter asked.

The press secretary responded: “That is something HHS will come up with the details on.”

“This is what the president is doing,” Jean-Pierre added. “He is looking at everything that’s available to him on the table — whatever is legally possible, what he can use, his executive authority — to move forward on.”