Biden: ‘All Forms of National Power’ on the Table to Prevent a Nuclear Iran 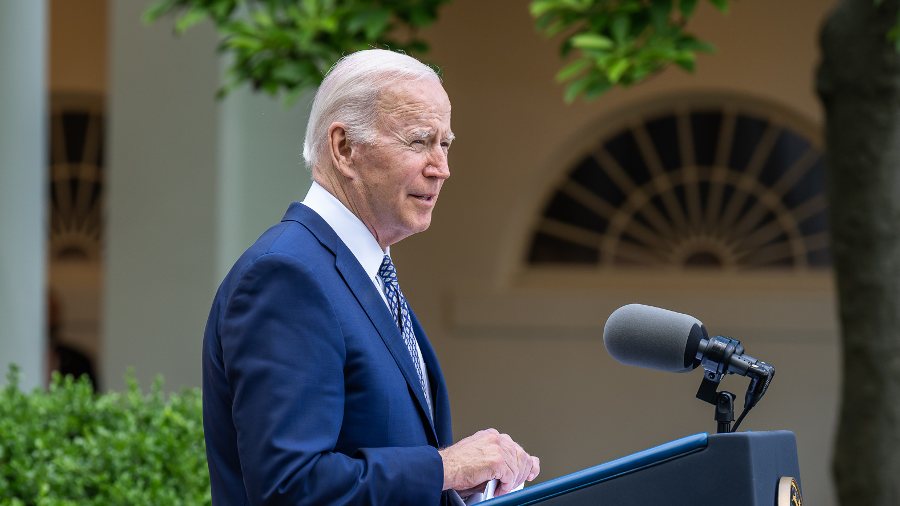 President Joe Biden announced he would consider “all forms of national power” to prevent a nuclear Iran in a joint statement with Israeli caretaker Prime Minister Yair Lapid Thursday.

Biden affirmed the friendship and mutual strategic interests of Israel and the U.S. in a “Joint Declaration on the US-Israel Strategic Partnership” signed during the second day of Biden’s Middle East tour, according to the White House. As negotiations to renew an Obama-era nuclear agreement with Iran have reached an impasse, Biden said the U.S. and its Middle East partners must consider other means of containing the threat Iran poses to the region, including use of force.

“The United States stresses that integral to this pledge is the commitment never to allow Iran to acquire a nuclear weapon, and that it is prepared to use all elements of its national power to ensure that outcome,” Biden said.

Biden also said that he would not delist the Iranian Revolutionary Guard Corps — Iran’s elite paramilitary force — as a terrorist organization, the one thing that appears to stand in the way of Iran agreeing to a nuclear deal, director of the Jewish Policy Center and expert in U.S. defense policy Shoshana Bryen told the Daily Caller News Foundation.

“He is pivoting on that. The reason he’s not going to do that is he got such push back on Capitol Hill — the IRGC is responsible for a minimum of 602 American deaths in Iran,” said Bryen.

While the U.S. has played a significant role in encouraging security cooperation among Israel and its regional allies in reaction to the Iranian threat, progress happens at the military level, not presidential, according to Bryen.

“Biden will take credit for this security document, and that’s okay — he is the president while it’s happening. But he didn’t do it,” said Bryen.

PM Lapid: "Our relationship runs deep. It crosses party lines. It connects not only our governments but also our peoples.

This friendship is one of the cornerstones of Israel’s national security. It is moving – and it is certainly not taken for granted"https://t.co/chebEgC96G pic.twitter.com/aDXePAhtiu

Biden previously asserted he would use force as a “last resort” but would prefer to return to an agreement during an interview with Israeli media Wednesday, Times of Israel reported.

The Israeli parliament has struggled to pass legislation since the coalition government collapsed in June.

The U.S. has several options short of direct airstrikes on Iranian nuclear facilities, although Israel has the capabilities, according to Bryen. Striking targets like the Fordow enrichment site, which sits underneath a city, could result in thousands of civilian deaths.

Cyberattacks, a block on a major Iranian oil exporting port, and messaging campaigns could all increase pressure on Iran, Bryen explained.

The White House and the Prime Minister’s Office did not respond to the DCNF’s request for comment.