Beware of the ‘Fact Checkers’ 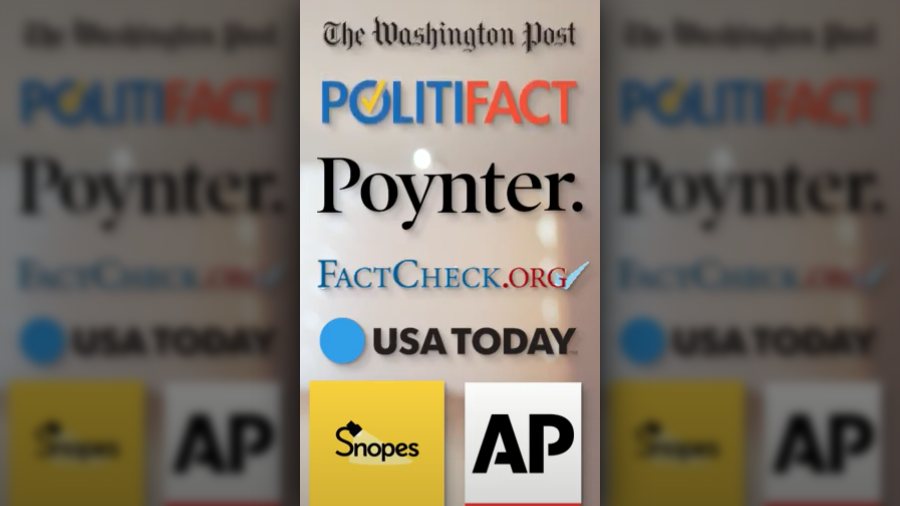 We live in an age in which information is far more accessible than ever before in human history. However, so is misinformation. How can we sort out one from the other?

Well, some people who call themselves “fact checkers” claim to have the answer. They say, “Trust us.” But all too often, they fail to get even basic facts correct. Let’s look at three prime examples. See if you notice a common thread between them.

Late during the Supreme Court nomination hearings for Brett Kavanaugh, several women accused him of sexual assault, and the media began publishing many “facts” about such crimes. These supposedly showed that only a tiny portion of sexual assault allegations are false, giving the clear message that Kavanaugh’s accusers are probably telling the truth.

That’s when a “fact checker” called Snopes stepped in and reported that “the most recent and credible research on this topic suggests that around 5% of rape or sexual assault allegations are false.” Snopes writer Alex Kasprak based this claim mainly on a meta-analysis of seven studies.

Surely, Snopes knows that the words “at least 5% and potentially many more” don’t mean “around 5%.”

If that wasn’t enough, the same Snopes article slanders Mississippi state senator Chris McDaniel by claiming that he said “99% of rape allegations from women are false.” McDaniel didn’t say that. He was speaking about accusations dredged up by the “American left” at politically opportune times many years after the alleged incidents occurred. He was not talking about all sex assault cases, and no competent, honest journalist could twist his words in the manner that Snopes did.

In the final presidential debate between Hillary Clinton and Donald Trump, Clinton said that “half of all” illegal immigrants in the U.S. “actually pay federal income tax.”

A Pulitzer Prize-winning fact check organization named PolitiFact looked into Clinton’s claim and reported: “While there is no official figure, experts estimate that about half of all undocumented workers pay federal income taxes, if not more.”

In reality, the polar opposite is true. Data from the IRS, the Social Security Administration, and the Congressional Budget Office show that roughly half of illegal immigrants file federal tax returns, but virtually none of them pay federal income taxes. Instead, they file these returns to claim refundable child tax credits, which give them cash welfare payments for every child they have.

Are we supposed to believe that PolitiFact doesn’t understand that “paying income taxes” is not the same as “filing tax returns to get welfare?”

Well after Obamacare was signed into law, the Congressional Budget Office estimated that it would reduce the size of the U.S. workforce by about 2.3 million full-time workers. This was roughly three times larger than the previous estimate.

As this negative news spread, The Washington Post’s head fact checker, Glenn Kessler, put a positive spin on it by claiming that this decline in workers “initially would lead to higher wages as employers competed to hire people.”

In direct contradiction to this, the same Congressional Budget Office report that Kessler cited says that the Affordable Care Act will cause “reductions in wages or other compensation.” Moreover, it explains that these wage reductions are among the main reasons why Obamacare will cause the workforce to decline. Since Obamacare cuts the money that people earn from working, less people will be willing to work.

Even a child can read a report that says “wages will decline” and know that it doesn’t mean “wages will rise.” Why can’t The Washington Post’s head fact checker or his editor do that?

This is same media outlet that ran a Super Bowl ad praising journalists for empowering the public, helping us make good decisions, and keeping us free.

These cases are all clear as a bell and inexcusable under basic standards of honesty. Worse still, when I brought these blatant falsehoods to the attention of these so-called fact checkers, not one of them made a correction.

So what’s the common thread here? They all mislead in ways that support progressive political agendas. This is not a coincidence. I’ve examined countless fact checks that are rife with deceit, and in nearly every case, it’s the same story: They mangle the truth in ways that advance leftist narratives.

Why would they do this? I can’t read their minds, but this can only boil down to two factors: incompetence and/or dishonesty.

Will Miracles Ever Cease?

Comedy: An Endangered Art Form in the Age of Rage?