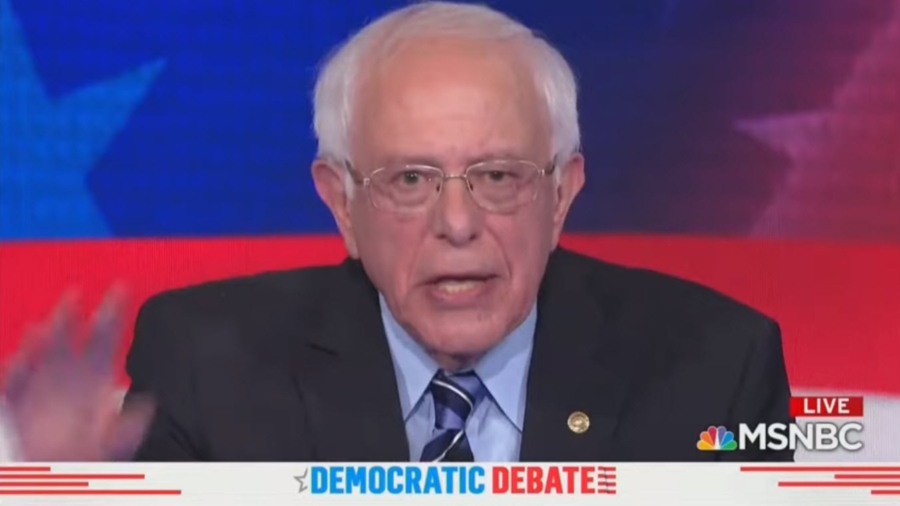 Sanders’s commitment came during the Democratic presidential debate in Miami, Florida, as moderator Rachel Maddow asked how he will protect abortion access from the Supreme Court’s newly entrenched conservative majority.

“Let me make a promise here — you ask about litmus tests,” Sanders said. “My litmus test is I will never appoint any justice to the Supreme Court unless that justice is 100 percent clear he or she will defend Roe v. Wade.”

“I do not believe in packing the Court,” he added.

President Donald Trump’s judicial confirmation successes have prompted many Democratic presidential contenders to entertain structural reforms to the federal judiciary. Half of the Democratic presidential field has said they would consider expanding the Supreme Court to dilute conservative power on the bench. Others say they will consider less dramatic changes like term limits.

Speaking to The New York Times, Sanders noted that President Franklin Roosevelt advanced a plan to expand the Supreme Court after the conservative majority of his period struck down much of his domestic economic agenda as unconstitutional. That proposal elicited strong opposition from Congress, the public, and his own party.

“I am open to the idea of rotating judges out of the Supreme Court into courts of appeal to allow them to get a new look at the real world,” Sanders added in his remarks to the Times.

Other Democratic candidates have committed to a pro-abortion litmus test for their judicial nominees, including Sen. Kirsten Gillibrand of New York.