If Ben Franklin Wasn’t a Christian, What WAS He? 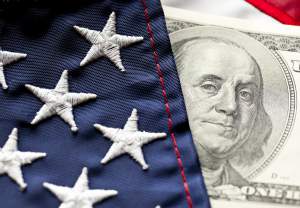 The claim that any of the Founding Fathers were deists generates pushback among certain conservatives. This helps to account for the firestorm of controversy (which I covered for WORLD Magazine) over David Barton’s The Jefferson Lies and the book’s subsequent abandonment by Thomas Nelson Publishers. Barton argued that until late in life, Jefferson was an orthodox, Trinitarian Christian, but critics showed that Barton neglected evidence from early in life where Jefferson, among other things, denied the Trinity.

When I get questions about deism and the Founders, I quickly point out that we know Ben Franklin was a deist because he called himself a deist. That quiets most potential critics because, after all, we don’t want to argue with the Founders’ own words. (Although I did once have someone insist that Franklin does not, in fact, call himself a deist in his autobiography, but a Christian. Perhaps this was a postmodern interpretation of Franklin’s statement “I soon became a thorough Deist”?)

Read the article “If Ben Franklin Wasn’t a Christian, What WAS He?” on patheos.com.