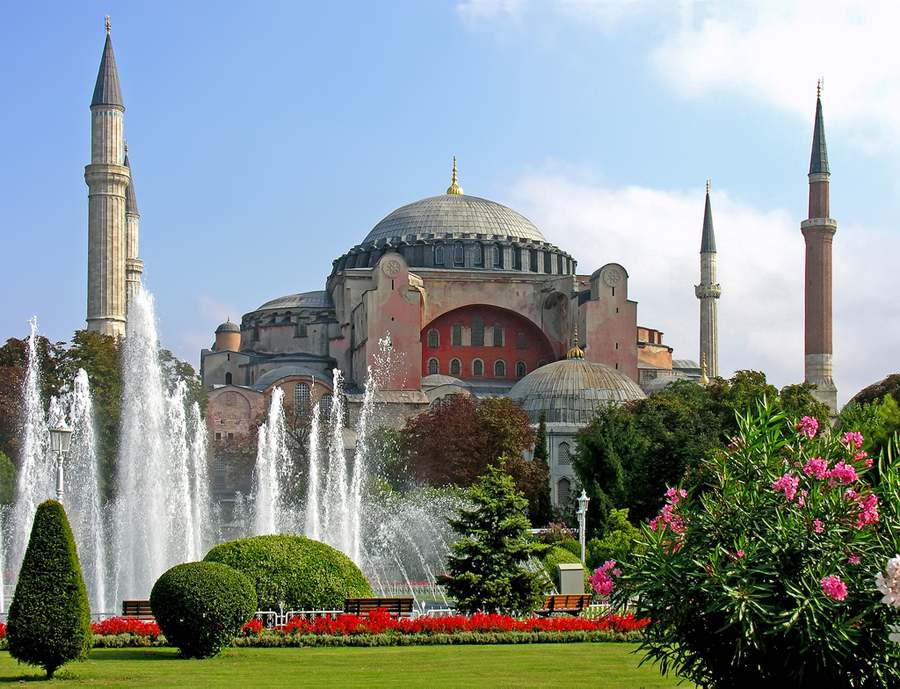 The Hagia Sophia has endured violence and destruction from its beginning. It was first dedicated in 360 by Constantine’s son, Emperor Constantius. That original church was destroyed during riots in 404; a second church was built and dedicated in 415 by Emperor Theodosius II, but it was burned down during the Nika revolt of 532. After the riots, Emperor Justinian I had the church rebuilt by architects who loved Archimedes and used his mathematical theories to devise a technically complex system of vaults and semi-domes, culminating in a high central dome with a diameter of over 101 feet and a height of 160 feet.

The new church was dedicated in 537 and housed a worshipping Christian community until Mehmed’s conquest in 1453. 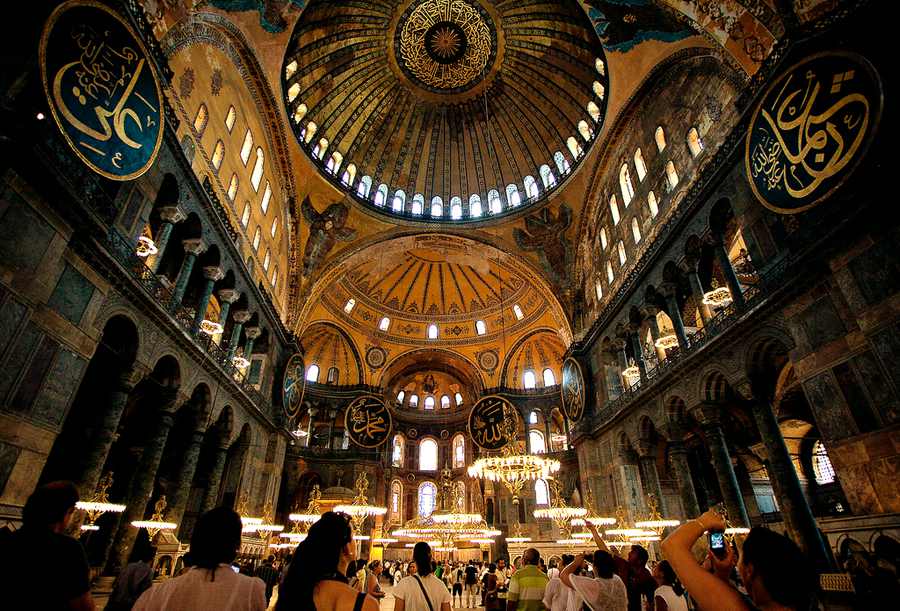 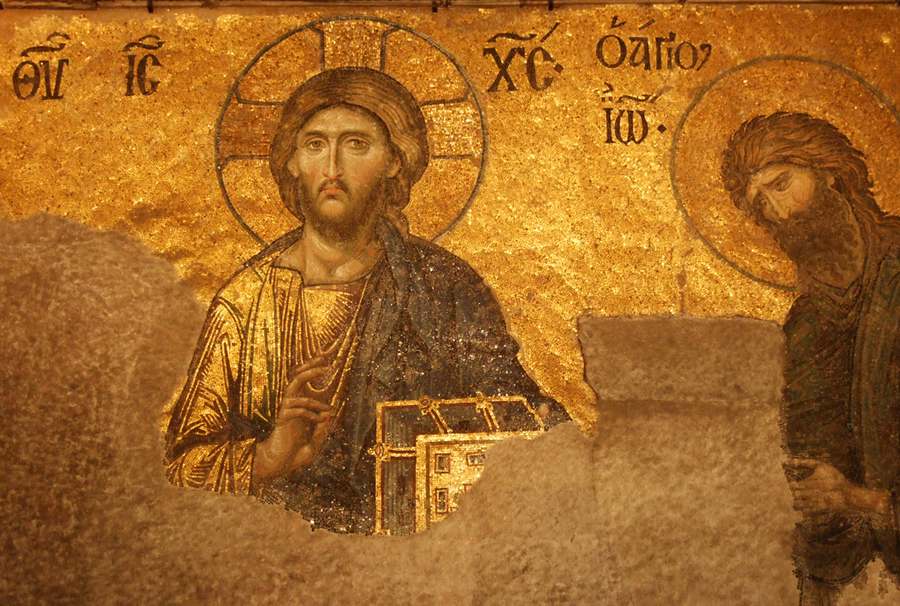