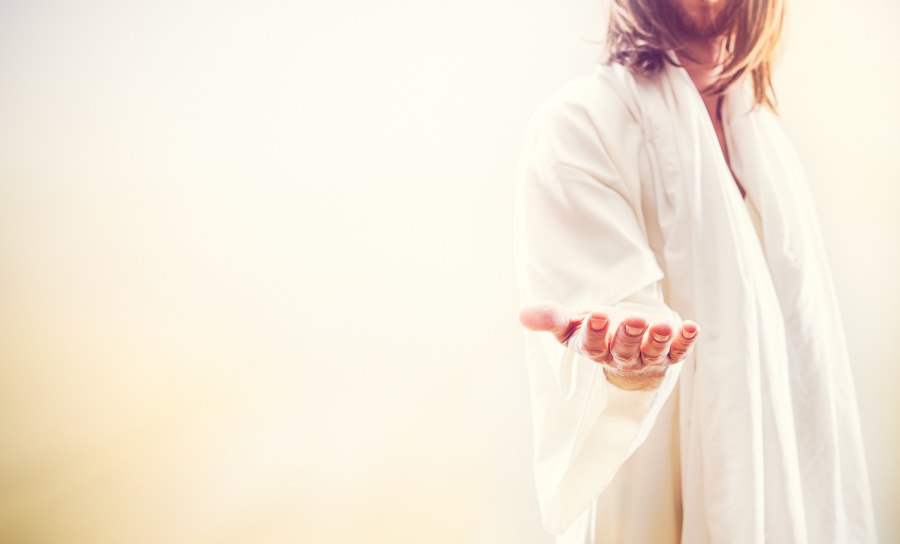 Jesus summoned together his twelve apostles and imparted to them authority over every demon and the power to heal every disease. Then he commissioned them to preach God’s kingdom realm and to heal the sick to demonstrate that the kingdom had arrived. As he sent them out, he gave them these instructions: ‘Take nothing extra on your journey. Just go as you are. Don’t carry a staff, a backpack, food, money, not even a change of clothes. Whatever home welcomes you as a guest, remain there and make it your base of ministry. And wherever your ministry is rejected and not welcomed, you are to leave that town and shake the dust off your shoes as a testimony before them.’

The apostles departed and went into the villages with the wonderful news of God’s kingdom realm and they instantly healed diseases wherever they went. (Luke 9:1–6)

In the first two verses of Luke chapter 9, Jesus gives His twelve newly called apostles three instructions: preach the gospel, heal the sick and cast out demons. These are the twelve people closest to Jesus in His adult life on earth, called to help Him carry out His work, thus these three instructions were instrumental in fulfilling Jesus’s mission.

We are three parts: spirit, soul, body. In this passage, Jesus is telling his apostles to set people free — completely free — in spirit, soul and body. ‘Preach the Gospel’ — so your spirit can be saved and you can live eternally. ‘Heal the sick’ — refers to your physical body. And ‘cast out demons’ refers to your soul, because that is where demons torment us — in our mind (thoughts), will and emotions (feelings). If you want to boil it down, Jesus is saying: help people. (Morris, “My Christian Calling” from the “Why Am I Here” sermon series)

The Essence of the Gospel

What is Morris talking about? What did Jesus call the disciples to be? The answer is found in Mark 3:14–15: “He [Jesus] appointed twelve that they might be with him and that he might send them out to preach and to have authority to drive out demons” (NIV, emphasis added).

Did you catch it? Before Jesus gave them something to do — to preach and heal and drive out demons — He appointed them to “be with him.” The Passion Translation says it this way: “He wanted them to be continually at his side as his friends and so that he could send them out” (v. 14). He wanted them with Him, by His side, to accompany Him, as His friends. Friends spend time together, getting to know one another, sharing their hearts and fellowshipping with one another. That’s what Jesus wanted from His disciples — He wanted them to spend time with Him and learn His heart. Why? “… SO THAT HE COULD SEND THEM OUT” (v. 14). You wouldn’t ask someone to represent you who didn’t know you and neither would Jesus. He needed these men to learn His heart and where His power came from before they could go out and operate in that same power.

Before He appointed them to do, He appointed them to be. He said, ‘be with Me.’ This was their number one priority as disciples and it’s our number one priority as disciples — to be with Him — because the power to do comes from the power to be. He wanted to give them power to do — power to preach, power to heal and power to cast out demons. And that power only comes from being connected to Jesus. (Morris, “My Christian Calling” from the “Why Am I Here” sermon series)

Is everyone you know a Christian? No? Then the commission hasn’t ended. The call is the same — to preach the Gospel, heal the sick and cast out demons in the name and power of Jesus. With this in mind, according to Pastor Robert: “Our Christian calling is to be Christians — ’like Christ’ — but we aren’t going to be like Christ unless we spend time with Him.”

The council members were astonished as they witnessed the bold courage of Peter and John, especially when they discovered that they were just ordinary men who had never had religious training. Then they began to understand the effect Jesus had on them simply by spending time with him (Acts 4:13)

Be continually at Jesus’s side, like a friend, so that others will see in your countenance that you have been with Him. Then, He can send you out.

Taken from “40 Days Of Healing” from LIFE Today. This devotional booklet is a part of our Health and Hope series with Dr. Don Colbert.