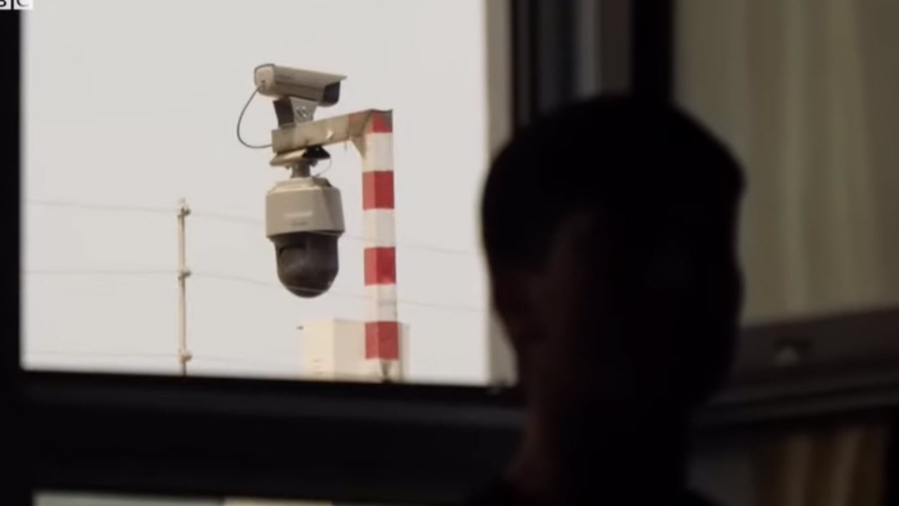 Adorned with bright smiles and clothed in colorful garb, Uighur Muslims held in political reeducation camps flash across the screen as they sing and dance triumphantly to the words that President Xi Jinping wrote just for them.

These sights, captured by the BBC, are what the Chinese government wants journalists and the outside world to see.

No amount of colorful displays of political allegiance, however, can hide the reality: Not one of these people is in a political reeducation facility of their own accord.

One interchange in the video is especially telling. The BBC reporter asks one of the men whether it was his choice to be in a political reeducation facility. “Yes,” he replies. “A policeman at my village told me to get enrolled in the school and transform my thoughts.”

The reporter also speaks to Chinese officials. Nearly every one alludes to the notion that the roughly 800,000 to 1 million people interned in Xinjiang are affected by religious extremism and in need of reeducation so that their thinking aligns with the Chinese Communist Party.

The conflation of religion with extremism took shape in new regulations instituted in February of last year. These regulations continue the government’s practice of “Sinicizing” — or secularizing — religion, so that it conforms to the core tenets of the Communist Party.

In addition to “thought transformation,” people in these facilities must undergo Mandarin lessons, self-criticism sessions, forced labor, and even torture. Occasionally, there are deaths.

So-called vocational training is a core component of most inmates’ curriculum. One Chinese official in the report explained that inmates spend between two to four months learning how to do simple tasks like making a bed.

The reality — which was not shown in the report — is that these people are subject to forced labor, producing goods that likely make their way into U.S. supply chains.

One case reported by the Associated Press suggests that Badger Sportswear, a North Carolina-based company, had its supply chain tainted with goods produced by a Chinese business, Hetian Taida Apparel, which shares warehouses with a political reeducation facility in Xinjiang.

If the allegations are true, Badger Sportswear may face repercussions for importing goods produced with forced labor into the U.S.

The BBC reporter notes up front that the facilities they were permitted to visit were cleaned up for journalists’ prying eyes. Satellite images showed that prior to the BBC’s visit, watchtowers and barbed wire were removed from the premises and barren outdoor spaces were transformed into sports facilities.

Such evidence augments the troves of satellite imagery collected over the last several years and eye-witness testimony of former prisoners, who can testify that these facilities are far from benign.

The existence of these facilities and the hundreds of thousands, if not millions, of people arbitrarily detained within their walls is now irrefutable. Which raises the question: How will the world respond?

Earlier this year, The Heritage Foundation released a cutting-edge report on the crisis in Xinjiang. The report called on the U.S. government and the international community to move beyond mere condemnation to craft a swift response to the atrocities transpiring in western China.

The report notes that this is not merely an isolated human rights crisis, but a crisis with national security implications.

China’s rapid internment of potentially millions of Uighur Muslims is made possible by a draconian use of surveillance technology — the kind that China is already exporting across the globe to countries in Africa, Latin America, and Europe.

The U.S. and the international community should unite around several key solutions, including levying sanctions against those responsible for China’s police state in Xinjiang and Tibet, and preventing the export of Chinese surveillance technology to our countries.

The time to act was yesterday, but in lieu of inaction, the U.S. should seek to build a coalition of the willing to address these blatant human rights abuses perpetrated by the Chinese government.