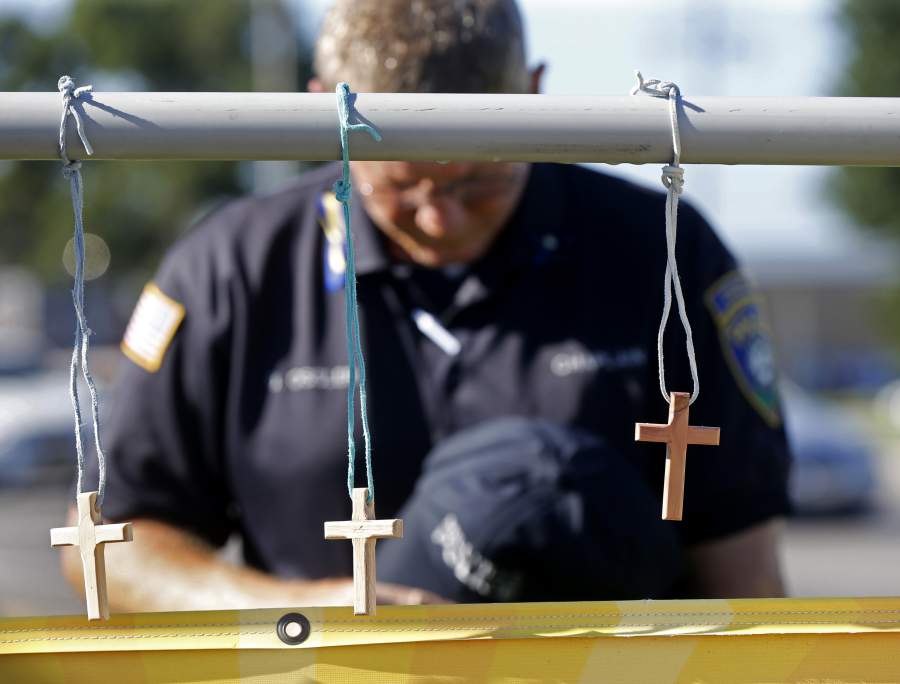 This article is available to read at the Associated Press Archive Link here: http://www.apnewsarchive.com/2016/Hundreds-of-people-attended-a-rally-supporting-law-enforcement-officers-at-Baton-Rouge-police-headquarters-about-a-mile-from-where-three-officers-were-shot-to-death-Sunday-morning/id-1a4ffa588686484e83d28384e94c9da6