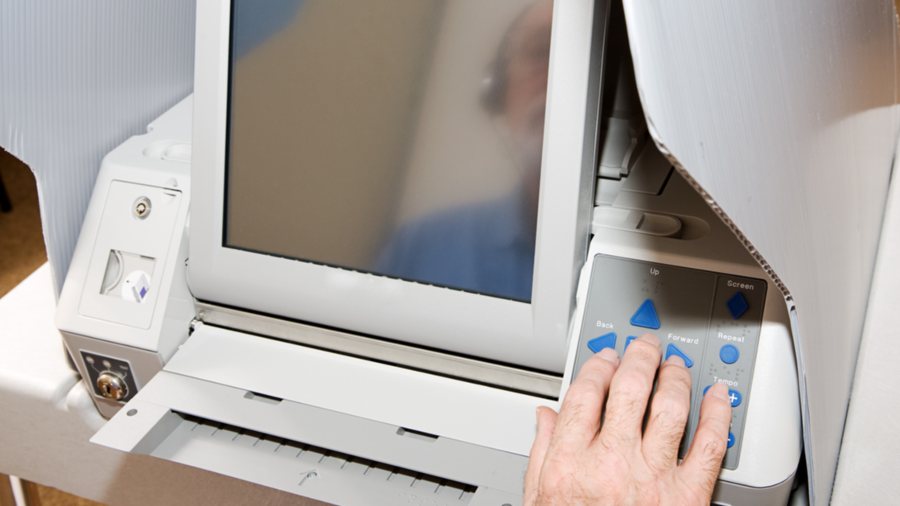 The complaint, filed Tuesday in the D.C. District Court by Free Speech for People, alleged the EAC held meetings from July to August 2020 with voting systems manufacturers, behind closed doors, to discuss revising election security standards. The agency then published these revisions on Feb. 1, 2021, which Free Speech for People argued benefited manufacturers by reducing compliance costs, “without the proper notice and comment procedure required by law.”

The standards published in February, known as the Voluntary Voting System Guidelines (VVSG), did not contain language that would have banned devices capable of connecting voting systems wirelessly to the internet, but did mandate these devices be disabled.

This was insufficient, the complaint argued, “because reliably, consistently, and effectively disabling the devices is complex and difficult.”

The EAC said the guidelines would still ban machines from connecting to the internet, according to the Associated Press.

“These back-door meetings resulted in secretly developed revisions to the standards that benefit manufacturers by weakening voting system security to reduce costs,” the group said in a statement.

The complaint also alleged the EAC had not allowed Free Speech for People, which had been appointed by the federal government to advise the standards-setting process, to participate in the discussions, and refused to provide the group with the communications that took place during the meetings.

“The laws very clearly require the federal voting system guidelines be developed in a completely transparent and public process,” Susan Greenhalgh, senior advisor for election security for Free Speech For People, said in the statement. “Instead, the EAC brazenly flouted its legal obligation to adhere to a transparent process, choosing instead to invite the manufacturers into private meetings so they could alter the voting system standards to ease requirements and benefit the manufacturers, all at the expense of the most basic cyber security best practices.”

The EAC is responsible for developing national election security standards, certifying voting machines, and establishing guidance for voting systems to be in compliance with the Help America Vote Act of 2002, according to the agency’s website. Though voluntary, the guidelines it develops are used by voting systems across the country, according to its website.

Other revisions to VVSG that Free Speech for People alleged benefited vendors included removing standards for physical locks on voting machines, removal of the requirement that voting systems provide data reports at the end of elections, and weakening transparency standards.

“The ‘bottom line’ in election technology should be the trustworthiness of voting systems, not the profits of vendors,” plaintiff and member of the EAC board of advisors Philip Stark said in the statement. “Making substantive changes to VVSG2.0 without consulting the Board of Advisors is both unlawful and reckless.”

The Election Assistance Commission did not respond to the Daily Caller News Foundation’s request for comment.