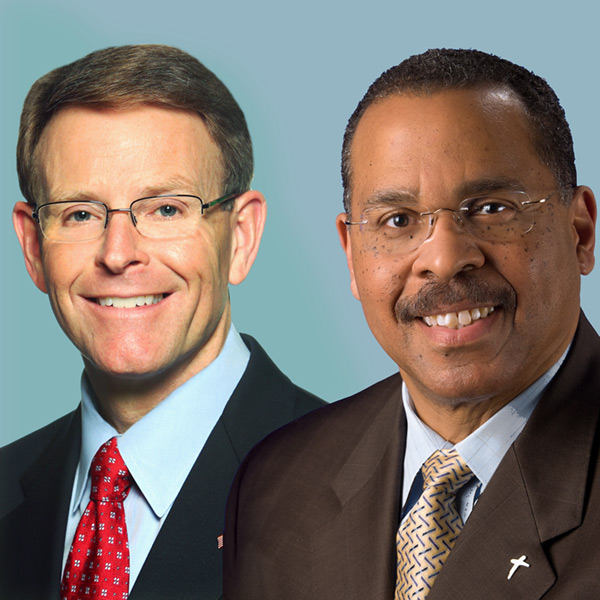 Tony Perkins is President of the Washington, D.C.-based Family Research Council. He is a former member of the Louisiana legislature where he served for eight years, and he is recognized as a legislative pioneer for authoring measures like the nation’s first Covenant Marriage law.

Tony has a tremendous burden to reclaim the culture for Christ and believes that this revival will begin in the churches across America, reach across denominations and racial and economic lines, and build on shared values of family and freedom. Under his leadership, FRC has established a thriving Church Ministries program that is rapidly expanding and engaging Christians in civic affairs as never before.

A veteran of the U.S. Marine Corps, and a former police officer and television news reporter, Tony brings a unique blend of experience and leadership to the pro-family movement. He received his undergraduate degree from Liberty University and a Master’s Degree from Louisiana State University in Public Administration. In May 2006, he received an honorary doctorate in theology from Liberty University. Tony and Lawana, married in 1986, have five children.

Ken’s commentaries have been published in major newspapers and websites: the Wall Street Journal, USA Today, the New York Times, Washington Post, Washington Times and Investor’s Business Daily. In addition, he has been interviewed by many media outlets including CBS’s Face the Nation, NBC’s Meet the Press, ABC’s This Week and Fox News Sunday.

The American Founders Never Intended ‘Government by the Judiciary,’ So Why Do We Tolerate It?

In an 1820 letter to his friend, American diplomat William Jarvis, an aged Thomas Jefferson reflected on how the courts should function in our republican system of representative self-government. “To consider the judges as the ultimate arbiters of all constitutional questions,”…

The Impending Crash from Obama’s Failures