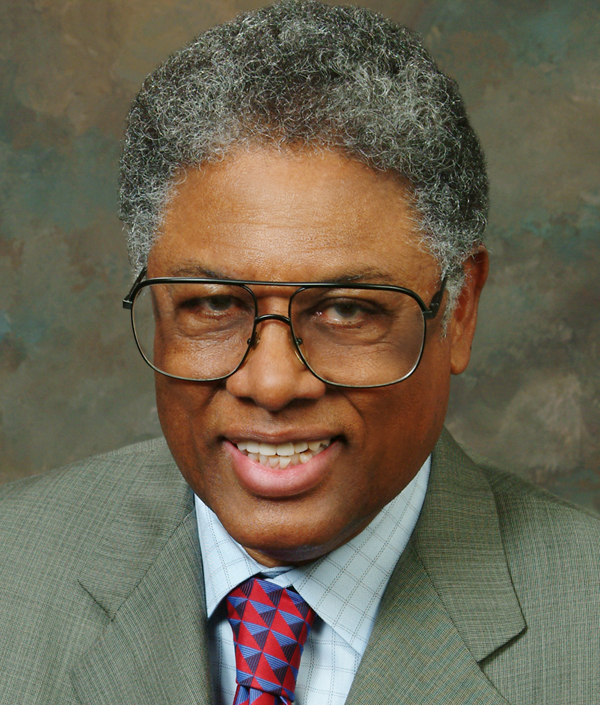 Thomas Sowell < Back to Voices

In the early ’60s, Sowell held jobs as an economist with the Department of Labor and AT&T. His real interest was in teaching and scholarship, so in 1965, at Cornell University, Sowell began the first of many professorships. Sowell’s other teaching assignments include Rutgers University, Amherst College, Brandeis University and the University of California at Los Angeles, where he taught in the early ’70s and also from 1984 to 1989.

Thomas Sowell has published a large volume of writing. His dozen books, as well as numerous articles and essays, cover a wide range of topics, from classic economic theory to judicial activism, from civil rights to choosing the right college. Moreover, much of his writing is considered ground-breaking — work that will outlive the great majority of scholarship done today.

Though Sowell was a regular contributor to newspapers in the late ’70s and early ’80s, and did not begin his career as a newspaper columnist until 1984. Sowell’s journalistic writings include a nationally syndicated column that appears in more than 150 newspapers from Boston to Honolulu. Some of these essays have been collected in book form, most recently in Ever Wonder Why? and Other Controversial Essays published by the Hoover Institution Press.

In 1990, he won the prestigious Francis Boyer Award, presented by The American Enterprise Institute. Currently Thomas Sowell is a senior fellow at the Hoover Institute in Stanford, California.

Has Economics Failed to Teach the Public the Most Basic Economic Lessons?

It is especially painful for me, as an economist, to see that two small cities in northern California — San Mateo and Burlingame — have rent control proposals on the ballot this election year. There are various other campaigns, in…

The Left’s Vision Does Not Help the Poor. It Harms Them.

Random Thoughts on the State of Politics in America

Common Sense: We Should Distinguish Immigrants Based on Their Beliefs and Place of Origin

In Education, the Left Harms the Minorities They Claim to Help

The Left and the Masses

The Ideological Curtain Around America’s Colleges and Universities

Many Political ‘Favors’ to Blacks Do Them More Harm Than Good

Trump Versus Clinton: Our Political Predicament