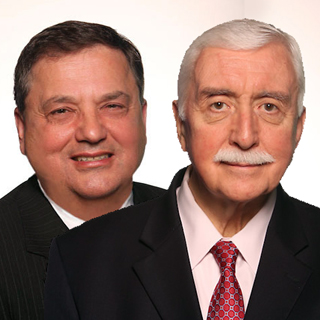 Rob Schwarzwalder is Senior Vice President at the Family Research Council. He spent many years on Capitol Hill as Chief of Staff for two Members of Congress and as a press secretary in both the House and Senate. The Senator and Congressmen for whom he worked held seats on the Senate and House Armed Services committees; the Senate Health, Education, Labor, and Pensions committee; and the House Oversight and Government Reform, Natural Resources, Science, Small Business, and Transportation and Infrastructure committees. From 1997 – 2001, Rob was director of communications and senior writer at the National Association of Manufacturers. In 2001, President George W. Bush appointed Rob to be senior speechwriter at the U.S. Department of Health and Human Services, where he crafted language relating to all facets of the President’s health care agenda.

Patrick F. Fagan, Ph.D. in Dip. Psych, is Director of the Marriage and Religion Research Institute (MARRI) at the Family Research Council. MARRI is a social science institute studying the impact of marriage, family and religion on children, adults and society in general.

On Conservative Religious Activism for the Poor, the Numbers Speak for Themselves

WASHINGTON — In an interview with The Washington Post timed to a high-level summit on combating poverty, Harvard professor Robert Putnam makes an assertion about what he terms “organized religion,” its agenda and the use of its “resources.” Specifically: The…