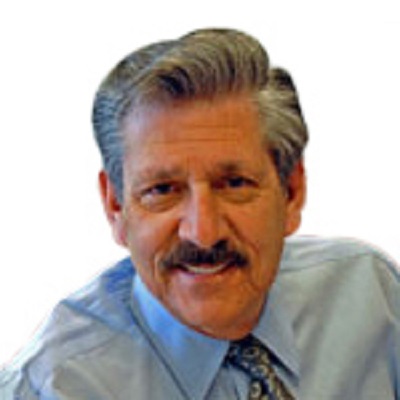 Richard M. Ebeling < Back to Voices

Dr. Richard M. Ebeling is the BB&T Distinguished Professor of Ethics and Free Enterprise Leadership at The Citadel, in Charleston, S.C.

Dr. Ebeling is recognized as one of the leading members of the Austrian School of Economics. He is the author of Monetary Central Planning and the State (Future of Freedom Foundation, 2015), Political Economy, Public Policy, and Monetary Economics: Ludwig von Mises and the Austrian Tradition (Routledge, 2010) and Austrian Economics and the Political Economy of Freedom (Edward Elgar, 2003), as well as the editor of the Selected Writings of Ludwig von Mises, 3-vols. (Liberty Fund, 2000, 2002, 2012).

In addition, he is the co-editor and co-author of, The Dangers of Socialized Medicine (1994); The Case for Free Trade and Open Immigration (1995); The Failure of America’s Foreign Wars (1996); The Tyranny of Gun Control (1997); and Terrorism, Security and the War on Terrorism (2003), published by the Future of Freedom Foundation, and was the editor of Hillsdale College’s book series, Champions of Freedom, from 1990 to 2003.

Dr. Ebeling also writes a regular column on political and economic policy issues on the news and commentary website, EpicTimes.

Dr. Ebeling is currently editing a forthcoming volume in the Collected Works of F.A. Hayek (University of Chicago Press), the noted Austrian economist and Nobel Laureate.

Prior to his appointment at The Citadel, Dr. Ebeling was professor of economics at Northwood University in Midland, Michigan (2009-2014). He served as president of the Foundation for Economic Education (2003 to 2008), was the Ludwig von Mises Professor of Economics at Hillsdale College in Hillsdale, Mich. (1988-2003), and Assistant Professor of Economics at the University of Dallas in Texas (1984-1988). He was also senior research fellow at the American Institute for Economic Research (2008-2009), and served as the vice president of the Future of Freedom Foundation (1990-2003).

Dr. Ebeling is the author of hundreds of articles on free market policy themes including on the dangers of inflation, and the benefits of a gold-backed money and monetary freedom. He has testified before the House of Representatives Subcommittee on Monetary Policy on “Monetary Policy, the Federal Reserve, and the National Debt Problem” and “Sound Money, Monetary Freedom and the State.”

His articles have appeared in the Washington Times, Investors Business Daily, the Boston Globe, Detroit News, National Review Online, The Freeman, Freedom Daily, The Daily Bell, and Advances in Austrian Economics, the International Journal of World Peace, and Political Studies.

He lectures widely throughout the United States, Europe, Asia, and Latin America on a wide variety of economic policy themes. These include monetary and fiscal policy, the impact of inflation and the business cycle on markets and society, banking reform, international trade and world peace, and the modern welfare state.

In 1990-1991, Richard Ebeling frequently travelled to the former Soviet Union consulting with the government of Lithuania and with members of the Russian Parliament and the city of Moscow on free market reform and privatization of the socialist economy. In January 1991, he witnessed first-hand the Soviet military crackdown in Vilnius, Lithuania, during which 13 people were killed. While in Moscow in August 1991, he joined the defenders of freedom and democracy at the barricades surrounding the Russian Parliament during the failed Soviet hard line Communist coup-attempt.

In October 1996, Richard Ebeling travelled to Moscow, Russia, once again, this time uncovering the “lost papers” of the famous Austrian economist and leading advocate of free enterprise, Ludwig von Mises. Looted by the Nazis from his Vienna apartment in 1938, Mises’ papers were captured by the Soviet Army at the end of the Second World War. Dr. Ebeling was able to obtain photocopies of virtually the entire collection of documents numbering about 10,000 items, which had been kept in a formerly secret KGB archive in Moscow for 50 years.

He lives with his wife, Anna, and their royal standard poodle, “Fritzie,” in Mt. Pleasant, S.C.

For most of the last three centuries, the ideas of liberty and democracy have been intertwined in the minds of both friends and foes of a free society. The substitution of absolute monarchies with governments representative of the voting choices…