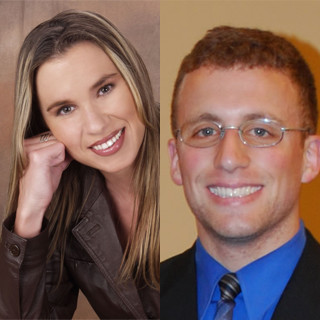 Rachel Alexander is a Senior Editor at The Stream. She is a political columnist and the founder of Intellectual Conservative.

She writes for Townhall, Selous Foundation for Public Policy Research, The Christian Post, weekend news items for Right Wing News and occasionally pieces for the UK Guardian and other publications. She is a recovering attorney, and has served as an Assistant Attorney General for the State of Arizona, Deputy County Attorney/Special Assistant for the Maricopa County Attorney, and corporate counsel for Go Daddy Software. She is a former gun magazine editor. From 2011-2014, she was listed as one of the 50 Best Conservative Columnists by Right Wing News and has won other awards for her writing.

She has appeared on several TV shows and many radio shows as a political commentator, and enjoys interviewing influential voices on the right, from Phyllis Schlafly to Ted Nugent.

Dustin Siggins is a reporter and commentator. He previously served as the public relations officer and D.C. Correspondent for LifeSiteNews, and has been widely published on important issues of public policy and culture. He is also a media consultant and a co-author of the forthcoming book, Bankrupt Legacy: The Future of the Debt-Paying Generation.