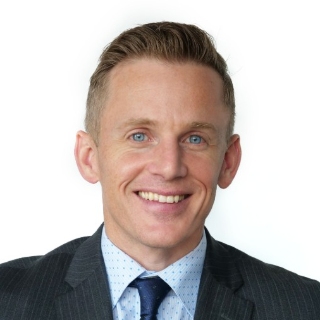 Joseph Backholm < Back to Voices

Previously, Mr. Backholm served as legal counsel and Director of What Would You Say? at the Colson Center for Christian Worldview where he developed and launched a growing platform that creates short, animated videos answering common questions about faith and culture. His YouTube career began as a self-identified “6’5 Chinese Woman” in a series of YouTube videos exploring the logic of gender identity.

He served as a legislative attorney for three years and spent 10 years as the President and General Counsel of the Family Policy Institute of Washington in Washington State where he managed educational, legislative, and electoral operations on behalf of life, marriage, religious freedom, and parental rights. He led three ballot initiatives on marriage and gender privacy.

He is a Washington State native and Texas resident who loves travel, sports, and whatever his kids are into. Joseph received his Bachelor’s degree from the University of Washington and his law degree from Seattle University. He and his wife Brook, live with their four children in Bedford, Texas.

Christian Voting Myth #4: ‘I’m Not in the Majority Where I Live, So Why Bother?’

This is the final part of a 4-part series debunking four common myths Christians use to not vote. Read myth #1: “One Vote Doesn’t Make a Difference”; myth #2: “God Is in Charge Anyway So It Doesn’t Matter if I…

Christian Voting Myth #3: ‘I Don’t Like Either Candidate, So What’s the Point?’