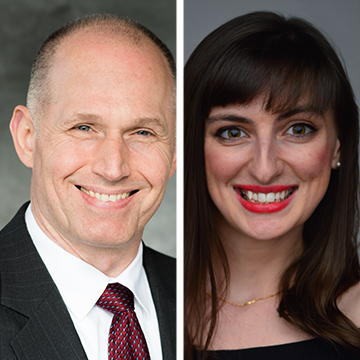 James D. Agresti is the president of Just Facts, a think tank dedicated to researching and publishing verifiable facts about public policy issues.

He holds a Bachelor of Science in Mechanical Engineering from Brown University and has worked as a designer of jet aircraft engines, a technical sales professional, and chief engineer of a firm that customizes helicopters. He is also the author of Rational Conclusions, a meticulously researched book evidencing factual support for the Bible across a broad array of academic disciplines.

Amanda Read Sheik is a writer, historian, educator, visual artist, voice over artist, filmmaker, and 2016 James Madison Fellow. Currently based in Alabama, she revels in investigating the roots of contemporary culture and politics and communicating her discoveries. Amanda wants to know why people think, speak, act, and govern the way they do, and is willing to question “why?” at levels most do not bother to wonder. Her work has been published at a variety of outlets, including The Daily Caller, Live Action News and Just Facts. She is a Magna Cum Laude graduate of Troy University with a Bachelor of Science in History, and holds a Master of Arts in History from Jacksonville State University.

Thomas Jefferson was the primary author of the Declaration of Independence and the third president of the United States. Until recently, he was also one of the most widely revered people in U.S. history. Now, he is often spurned and…