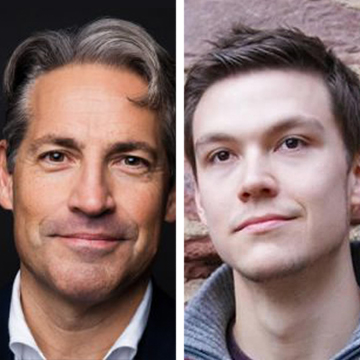 Eric is the author of the New York Times #1 Bestseller, Bonhoeffer:  Pastor, Martyr, Prophet, Spy.  Named “Book of the Year” by the ECPA, Bonhoeffer also won the 2011 John C. Pollock Award for Biography awarded by Beeson Divinity School and a 2011 Christopher Award in the Non-fiction category.  Called a “biography of uncommon power,” Bonhoeffer appeared on numerous 2010 “Best of the Year” lists and was featured in the Wall Street Journal, Publishers Weekly, The New Republic, Harper’s, Kirkus (starred review), NPR, FoxNews, C-SPAN’s Book TV, Christianity Today, The Weekly Standard and First Things. Bonhoeffer has sold more than 700,000 copies and has been translated into 17 languages. It was recently ranked #21 on the Amazon.com listing of Most Highlighted Books of all time.

Your Desires Don’t Define You

When someone states that he or she was “born this way,” maybe the most biblical response is, “me too.” The Huffington Post is all in a huff over a stupendous viral video about homosexuality and the Gospel — a video that’s racked…