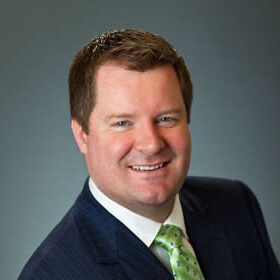 Erick Erickson < Back to Voices

Erick Erickson practiced law for six years and oversaw a number of political campaigns at the federal, state and local levels.  He was also an elected city councilman in Macon, Georgia.

In addition to hosting a show on WSB radio Erickson is a Fox News contributor after spending three years at CNN.  He has also appeared on the Colbert Report on Comedy Central. According to Newsweek, “Erickson has grabbed his party’s power brokers by their elephant-stitched suspenders. Avid readers include Rush Limbaugh, former senator Fred Thompson and … John Boehner.”

Erickson is known for a willingness to speak candidly about and challenge the Republican establishment as well as rally conservatives to push their agenda at both the federal and state level. He has used his position to help raise the profile of a number of conservative candidates across the country from Marco Rubio in Florida to Nikki Haley in South Carolina to Ted Cruz in Texas.

Erick Erickson earned a Bachelor of Arts with honors at Mercer University in Macon, Georgia, majoring in History and Political Science.  He earned his juris doctorate at Mercer’s Walter F. George School of Law.

Larry Summers served as secretary of the Treasury, director of the National Economic Council, and president of Harvard University. He is not a dumb man. He is a liberal Democrat with a Democrat’s understanding of economic policy. On Feb. 4,…

The Mass Psychosis of the Western World

The State of Disunion

The Land of the Free

Snuff Out the Torch