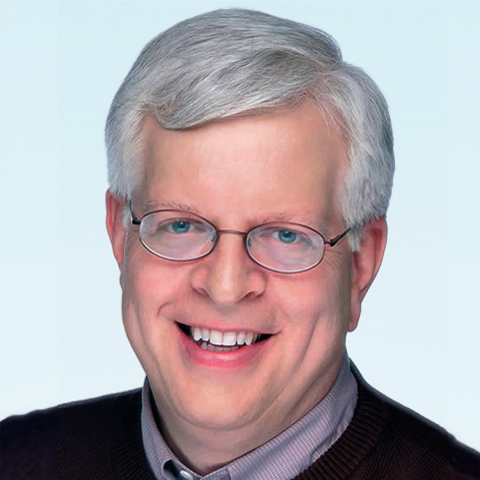 Dennis Prager < Back to Voices

Stream contributor Dennis Prager, one of America’s most respected radio talk show hosts, has been broadcasting in Los Angeles since 1982. His popular show became nationally syndicated in 1999 and airs live, Monday through Friday, 9am to 12pm (Pacific Time), 12pm to 3pm (Eastern) from his home station, KRLA.

In 1994-95, Dennis Prager also had his own daily national television show. He has frequently appeared on C-SPAN as well as on shows such as Larry King Live, The Early Show on CBS, The Today Show, The O’Reilly Factor, Hardball, Hannity & Colmes and The Dennis Miller Show.

Dennis Prager has written four books, the best-selling Happiness Is A Serious Problem, Think a Second Time, described by Bill Bennett as “one of those rare books that can change an intelligent mind;” Why the Jews? The Reason for Anti-Semitism, and The Nine Questions People Ask about Judaism, still the most used introduction to Judaism in the world. The latter two books were co-authored with Joseph Telushkin.

New York’s Jewish Week described Dennis Prager as “one of the three most interesting minds in American Jewish Life.” Since 1992, he has been teaching the Bible verse-by-verse at the University of Judaism.

Dennis Prager has engaged in interfaith dialogue with Catholics at the Vatican, Muslims in the Persian Gulf, Hindus in India, and Protestants at Christian seminaries throughout America. For ten years, he conducted a weekly interfaith dialogue on radio, with representatives of virtually every religion in the world.

From 1985 to 1995, Dennis Prager wrote and published the quarterly journal, Ultimate Issue. From 1995 to 2000, he wrote The Prager Perspective. His writings have also appeared in major national and international publications such as Commentary, The Weekly Standard, The Wall Street Journal and The Los Angeles Times.

Dennis Prager has made and starred in For Goodness Sake (1991), a video directed by David Zucker (Airplane), shown on public television and purchased by hundreds of major companies, and For Goodness Sake II (1999) directed by Trey Parker (South Park). In 2002, Dennis Prager produced a documentary, Israel in a Time of Terror (2002), a compelling look at how the average Israeli deals with the daily threat of terror. It has been shown at colleges, universities, churches and synagogues across the country.

Dennis Prager periodically conducts orchestras, and has introduced hundreds of thousands of people to classical music.

My Black Uber Driver in Philly

I am writing this column in Burlington, Vermont. It is my seventh city in eight days. From my hometown of Los Angeles, I flew to Orlando, followed by Atlanta, Philadelphia, Pittsburgh, Chicago and now Burlington. My Salem radio talk-show host…

Explaining Conservativism II: Why the Left Hates It

Parental Authority is the Basis of Civilization

Should Society Tell 10-Year-Olds, ‘The World is a Better Place With You in It’?

Nice People Do a Lot of Damage