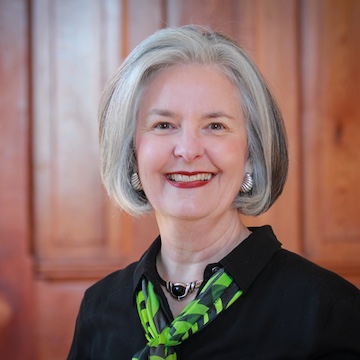 Debby Thompson < Back to Voices

Debby Thompson, author of The Leader’s Wife, Living With Eternal Intentionality®, is an award-winning writer and speaker.

Debby and her husband Larry have served in global missions with Campus Crusade for Christ International (CCCI) since 1974, and are counted among the pioneering Western missionaries who lived covertly behind the Iron Curtain in communist Poland.  In total, the Thompsons spent 33 years in Eastern Europe, ultimately leading CCCI’s work in 20 European nations.  Together they and their three children were witnesses to a period of dramatic social, political and spiritual change.

Now living in Cincinnati, Debby serves on the Global Leadership Council of Athletes in Action International, the sports ministry of Cru.  An active grandmother of six, she is also a sought-after speaker, writer and mentor for women around the world.  Debby’s book The Leader’s Wife, Living with Eternal Intentionality®, published by Ambassador International, encourages women to pursue intimacy with Jesus, authenticity with others, a passion for their calling and a purpose for their influence.;

She blogs at DebbyThompson.com and is active on Twitter at @Debbythompson17. You may mail her at [email protected]

Tanya: A Story of God’s Amazing Providence in Communist Lands

Climbing Above the Crisis

Must This Trial Master Me?

Alleviate the Agony of Waiting