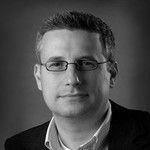 David Harsanyi < Back to Voices

David Harsanyi is a senior editor at The Federalist, a nationally syndicated columnist through Creators Syndicate, a Happy Warrior columnist at National Review and author of four books. Harsanyi is a former national political columnist and editorial board member at The Denver Post and editor of Human Events.

When several hundred extremists mobbed Capitol Hill on Jan. 6, they engaged in a deplorably un-American act of criminality. It was an embarrassing day for the nation, and a dangerous one for the many innocent people and officials engulfed in…