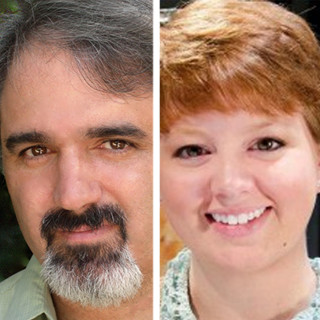 Al Perrotta is The Stream‘s Deputy Managing Editor. Before arriving in Texas from Los Angeles, he was the former VP/creative director for All Comedy Radio, U.S. Editor for Reelworld Mornings and Passion Arts minister at Living Faith Christian Church in So. Cal. He is the co-author of the counter-terrorism memoir Hostile Intent, and several plays, including A Christmas Scene, The Table and the original musical Bethlehem. Al and his wife Rusty have two puppies.

Shannon Henderson is The Stream‘s Graphic Artist/Illustrator. She is 2015 graduate of John Brown University in Siloam Springs, Arkansas. Her original creative works can also be found at www.shannonoriginals.com.