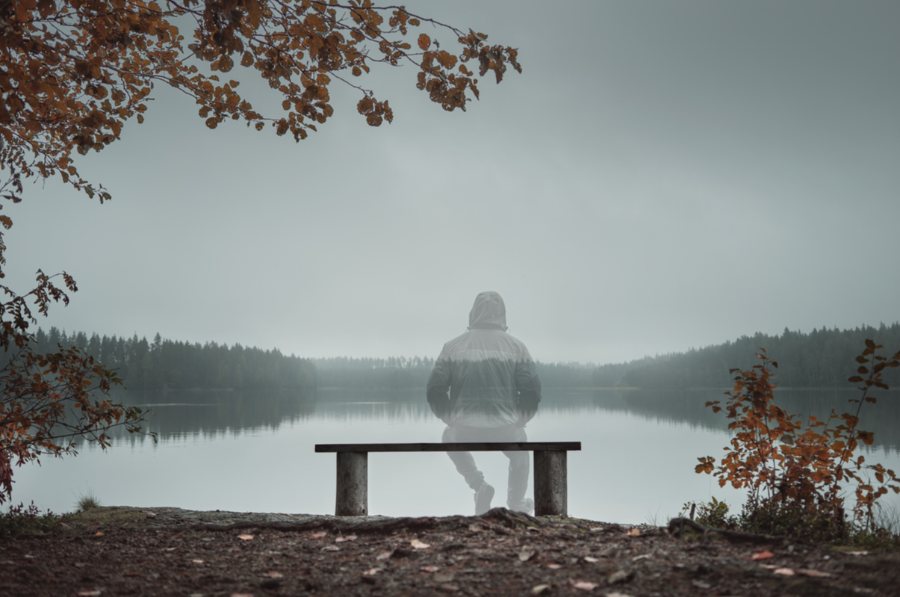 Atheists don’t have a livable worldview. I don’t say that to gloat. Several atheists who have been candid with me have told me life is ultimately empty and devoid of meaning. That doesn’t mean they can’t feel happy, follow a set of morals, or believe their life is significant in some way. But their denial of God has serious repercussions.

If you don’t believe in a cosmic Creator, you tend to deny the existence of anything supernatural. There are no angels, demons, or souls. This worldview, called naturalism, posits that the natural world described by physics and chemistry is all that exists.

A belief in naturalism is neither a neutral nor an insignificant commitment. Perhaps the most egregious consequence of naturalism is nihilism (from the Latin word nihil, which means “nothing”). Worldview expert James Sire defines nihilism as:

a denial of the possibility of knowledge, a denial that anything is valuable…. [It] is the negation of everything — knowledge, ethics, beauty, reality. In nihilism no statement has validity; nothing has meaning. Everything is gratuitous, de trop — that is, just there.

Nihilism is a depressing state, but it flows logically from naturalism for three reasons.

Naturalism Means No Free Will

First, naturalism leads to nihilism because humans don’t have free will. The atheist’s worldview denies the existence of spiritual or non-physical entities. If only physical things exist in the universe, then everything is subject to a cause and effect system that operates according to the laws of physics and chemistry.

Since human beings are also merely physical machines, they are subject to the same forces of cause and effect. It’s impossible to make a decision that is unencumbered by the laws of physics and chemistry on our brain. We do what we are determined to do. We are cogs in a cosmic machine. French philosopher Pierre Jean Georges Cabanis bluntly puts it: “The brain secretes thought as the liver secretes bile.” We’re just meat machines without the capacity for free will.

Freedom, however, is a key component to a meaningful life. If we can’t act freely, we can’t make our lives what we will. There’s no “I” to decide and determine our own destiny. Our “decisions” are not significant because they are not ours. Rather, our future is determined by blind physical forces. We’re just along for the ride.

Second, naturalism leads to nihilism because knowledge is unattainable. Knowledge is justified true belief. Suppose you believe the Liberty Bell is three feet tall, and it’s also true that it’s that tall. You hold a true belief. Suppose, though, that you came to believe it’s three feet tall because you rolled a pair of dice and the sum was three. You would not have a justified true belief because a chance dice roll isn’t proper justification. Therefore, though you have a true belief, you would not have knowledge.

The problem for the atheist arises from the fact that their worldview of naturalism views the brain as a wholly material object, subject to the environmental forces of physics and chemistry. Such forces, however, have no interest in producing reliable cognitive faculties. Physical forces on a physical object like the brain won’t necessarily produce a trustworthy system of independent thought, reason, and logical deduction. Since we can’t be confident in our ability to attain justified true beliefs, we can’t have knowledge.

Naturalist J.B.S. Haldane concedes, “If my mental processes are determined wholly by the motions of atoms in my brain, I have no reason for supposing that my beliefs are true. They may be sound chemically, but that does not make them sound logically.”

Our brains are subject entirely to environmental forces, thereby calling into question whether our cognitive faculties are reliable. Without confidence of justified true beliefs, we’re left with a life devoid of knowledge and bereft of meaning. That’s nihilism.

Third, naturalism leads to nihilism because morality doesn’t exist. The world, according to naturalism, is just there. Students cheat in school, lions eat zebras, and men rape women. Life just happens. There’s no way the world is supposed to be because there’s no “supposer.” God doesn’t exist as our objective moral standard, so there’s no fixed set of morals that exists outside of ourselves. Each person acts however they like.

Without morality, there’s no possibility to do what is “good” or “noble.” There’s no virtue or vice. You can’t better yourself since there’s no ideal to pursue. Life is a trek with no moral compass and no destination.

But it’s worse. Despite the absence of morality, there’s no shortage of guilt. People have an intuitive sense that they do wrong. But in a world without God, there’s no forgiveness. We’re left in a state of guilt without any hope of redemption. That’s ethical nihilism.

The atheist’s worldview of naturalism leads to a world devoid of free will, knowledge, and morality. It leads to nihilism. The Christian worldview, by contrast, can justify free will, explain knowledge, and define right and wrong. More importantly, it provides a solution to our moral crimes and frees us from our guilt. Christianity makes the best sense of reality.