At Last, Lt. Gen. Michael Flynn is Getting the Defense He Deserves 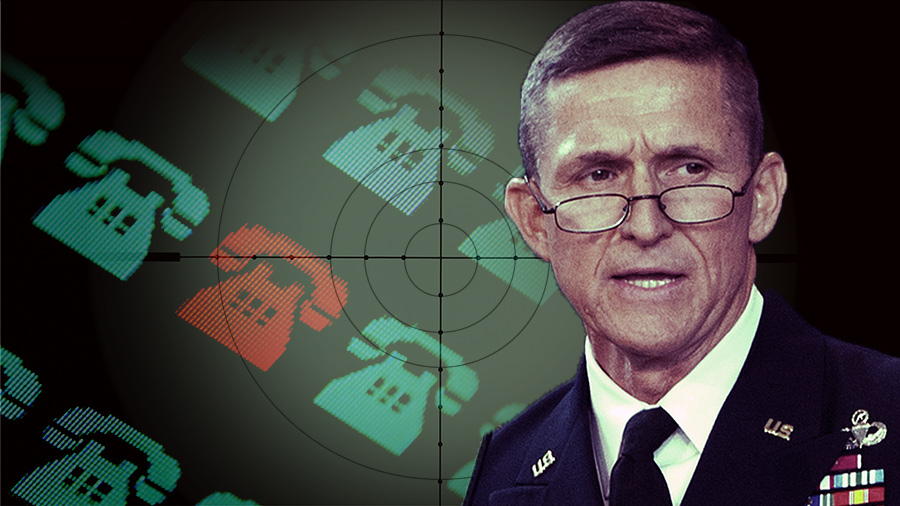 Remember Jim Comey’s meeting at the White House on February 14, 2017, that ended with Trump saying something like “Mike Flynn’s a good guy — hope you can go easy on him,” and how that innocuous statement was later blown up by Comey into a huge obstruction of justice case and cries from the media and congressional Democrats of “Impeachment, impeachment, impeachment”?

It happened when then-FBI Director Comey, hoping to spark a special counsel investigation of Trump with his close colleague Robert Mueller in charge leaked his notes of the conversation to “a friend” — actually someone who had worked with the FBI and whom the crafty Comey later hired as his own attorney — who leaked them to The New York Times.

Well, guess what. On the day Comey had that exchange about Lt. Gen. Michael Flynn with the new President, he already knew Flynn had been exonerated of any inappropriate contact with Russia. In fact, Comey had known for two weeks that Flynn was cleared. The whole investigation of Flynn and Russia had turned out to be based on nothing. And so Comey naturally informed President Trump that Flynn’s contacts with Russians had all been innocent.

I’m kidding, of course. That’s what he should have done. But Comey didn’t tell him anything of the sort. He withheld this information from the President and pressed on with the “case” against Flynn.

Flynn Had Been Cleared!

As it turns out, a January 31, 2017, Justice Department memo exonerates Flynn. Flynn’s attorney, the superb Sidney Powell, knows of this memo’s existence, but as of Tuesday it still had not been turned over to her. According to investigative reporter Sara A. Carter, it’s under “protective order,” and Powell is working with prosecutors to get it disclosed, along with a big stack of other Brady (as in, exculpatory) material. How is she supposed to defend her client if they won’t turn over material as important as this?

U.S. District Court Judge Emmet Sullivan presided over Tuesday’s hearing and set December 18 as the day for his sentencing. However, that date is extremely tentative. In the eyes of the judge, the turnover of Brady material takes precedence over Flynn’s plea agreement. His sentencing hearing can always be postponed.

You might be surprised that, given all this, Powell has not advised Flynn to change his guilty plea. But here’s the good news: She’s planning to hit even harder, by seeking to have the case dismissed entirely for “egregious” prosecutorial misconduct and the withholding of exculpatory material.

As Powell argued before Judge Sullivan on Tuesday, Flynn would never have pleaded guilty if the government — specifically, prosecutors on the special counsel team, led by Andrew Weissmann — had fulfilled their obligations under the Brady Law and turned over their exculpatory material.

A Timeline Tells the Story

In late August, Inspector General Michael Horowitz released a blistering report on Comey’s leaking of his “personal” memos detailing his conversations with the President. That was not his material to share. It was work product and property of the Justice Department, arguably classified. Comey violated FBI policy, and Horowitz even issued a criminal referral, which Attorney General Barr chose not to pursue, at least at this time.

But now we know there was more to it: Comey’s decision not to inform the President that they already knew Flynn was cleared.

February 13 — Trump fires Flynn over controversy from stories in the media.

This means that with the notes Comey wrote and planned to leak, he was setting up Trump for a charge of obstruction on a case that he’d known for at least two weeks was bogus.

So, what are we left with? We have Comey’s original set-up of Flynn, which we know he personally put in motion because he later bragged about it in front of an audience. (New York City, December 9, 2018. We’ve all seen the video.)

Even the purported reason for approaching Flynn, first suggested in a memo from Sally Yates at the DOJ, was ridiculous: possible violation of the Logan Act. (This is a centuries-old law that literally no one gets prosecuted for. And for Flynn, as an incoming national security adviser, talking with the Russian ambassador was perfectly appropriate.)

Then Andrew McCabe told him on the phone that the questioning would be casual and that, no, he wouldn’t need a lawyer. It was a big set-up. And after setting him up, they charged him with lying to investigators even when the questioners saw no evidence of deception.

If you’d like more detail, Sara Carter lays out the whole thing at this link.

Lawyer Sidney Powell Uncovers More on the Framing of Flynn

Sidney Powell appeared on Tuesday’s Hannity to give a progress report on her defense of Flynn, and it’s really encouraging. This is a man who served his country for 33 years, and he was treated shamefully by the Obama Justice Department.

Powell had more to tell. For example, the special counsel knew at least as early as November 15, 2017, that Comey had orchestrated that “ambush” interview of Flynn but hadn’t disclosed this piece of exculpatory evidence to the defense until just four days before Flynn reaffirmed his guilty plea in front of Judge Sullivan.

She reiterated the fact that the prosecutors still have not turned over the full DOJ memo exonerating Flynn, among other things. Flynn’s defense has been given only a three-line summary of that statement. They’d better give Powell the goods. A hearing on her motion to compel production of evidence and also her motion to hold them in contempt is set for October 31.

In closing, here’s one more bombshell, in Powell’s exact words: “We know that Mr. Mueller got a letter from Mr. Rosenstein [emphasis mine] that allowed him to target Michael Flynn, Jr. And there was significant pressure put on Gen. Flynn to enter a guilty plea while they were hiding all the evidence that showed he had not been an agent of Russia, that there were no Logan Act violations.”

“…Stay tuned, because more and more will become apparent as we proceed through the litigation.”

Not What You Think: Millennial Couple Answers Prodigal Peers on the Bible — And Christian Hypocrisy