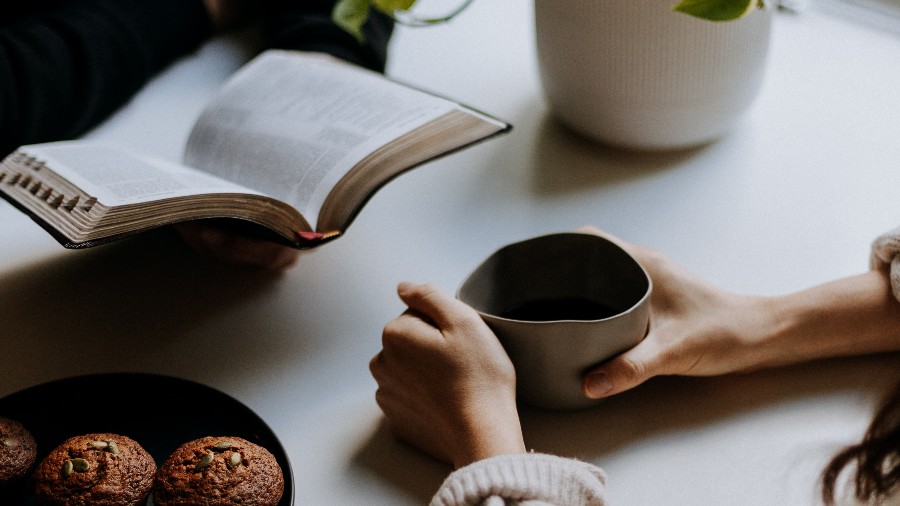 Some years ago, my friend Jerry Root of Wheaton College preached during Evensong at one of the Oxford University colleges. Following the service, he was privileged to dine at the high table. After the prayer, a history professor asked, “So, Jerry, why are you a Christian?”

“I am a Christian because I am aware of my failures and shortcomings and the kinds of things the Bible calls sin,” Jerry replied. “It is the deep recognition that things are broken and need fixing that has driven me to God for forgiveness.”

The historian, who was probably fishing for a rational argument to dissect, was taken aback. “Well,” she said, “I can appreciate what you are saying, but that’s just not my issue.”

“I think I understand,” Jerry responded, slyly. “I became a Christian in my first year in college and didn’t become perfect for two or three weeks.” Everyone laughed. Then Jerry looked at the woman and said, “Your laughter just betrayed you.”

“You and I just met, so you couldn’t possibly know specifics in my life that make my statement nonsense. Either your read of history or your own struggles revealed this to you.”

The professor acknowledged, “You got me.”

Jerry gently pressed his advantage: “Then knowing of your own struggles, what gets you by?”

“I have faith in humanity!”

“Have you ever been wounded by another human being?”

“Have you ever wounded another human being?”

The professor’s answer was more subdued. “I suppose so.”

At that moment, one of the other Fellows at the high table asked, “How does it work for Christians?” Then the group spent the rest of the evening talking about the love and grace of God.

Such love and grace never go out of style. The Apostle Paul’s revolutionary sermon at Mars Hill provides a stunning case in point, and a powerful model for us.

Paul’s Presentation of the Gospel on Mars Hill

During a pause in his second missionary journey, Paul’s spirit “was provoked within him” by all the idols in Athens. By one count, Athens had a population of 10,000 people — and 30,000 pagan statues. So many idols choked the landscape because its citizens were afraid to provoke the gods to wrath by inadvertently overlooking them.

But it was a hopeless task. Historian Tom Holland writes, “A citizen set the task of collating and inscribing the traditions of Athens discovered, to his horror, a long list of sacrifices that everyone had forgotten. The expense of restoring them, he calculated, would bankrupt the city.”

Hearing some of Paul’s “new teaching” on the streets of Athens, the religious elite invited Paul to ascend Mars Hill, the high table of Greek culture. At a bracing elevation of 377 feet, it provided a stunning view of the Acropolis of Pericles. But Paul’s Spirit-inspired message of God’s truth and grace to the pagan intelligentsia there, recorded for the world in Acts 17, pointed to the impending end of pagan civilization and a liberating new way of understanding God.

“Men of Athens,” the monotheistic, idol-hating Apostle began, “I perceive that in every way you are very religious.” Paul looked hard and found something he could commend in Greek religion, circumspectly referring to all the idols as “objects of your worship.”

Can we not show the same respect to non-Christians today? So many of our culture’s anti-Christian ideologies find their roots in fallen people’s sincere desires for meaning, justice, dignity, pleasure, and transcendence — all of them legitimate in themselves but fulfilled perfectly only in Christ. As C.S. Lewis said, “God cannot give us a happiness and peace apart from Himself, because it is not there. There is no such thing.”

Then, bringing up a statue that he saw in Athens labeled “To the unknown god,” the Apostle connected with his hearers, much as Jerry did at Oxford. In describing the “unknown God” they sought to appease, Paul answered a question simmering just below the cultural surface. We can do likewise, if we look and listen before we speak.

Appeasing a multitude of capricious deities demanding sacrifice, the Athenians did not believe in a sovereign and loving Creator. So Paul told them the good news of a God who placed people into specific times and places, “that they should seek God, and perhaps feel their way toward him and find him. Yet he is actually not far from each one of us.” All human beings, not just the wise and wealthy, are objects of this sovereign but immanent God’s loving attention. Lewis is instructive: “We may ignore, but we can nowhere evade, the presence of God. The world is crowded with him. He walks everywhere incognito.”

Then Paul called for action. “The times of ignorance God overlooked,” Paul summarized, “but now he commands all people everywhere to repent.” To receive the relationship that has been God’s intention all along, we must turn from our ignorance, idolatry, and sin. Such a call was not popular in Paul’s day. Neither will it be in ours. But as Lewis also said, “One road leads home and a thousand roads lead into the wilderness.”

The Apostle wrapped up his world-changing sermon by pointing his audience to Christ and the resurrection, a concept “universally denied” by contemporary Greek culture. Those who do not repent will face Him as Judge. The end is coming. God “has given proof of this to everyone,” Paul solemnly warns, “by raising him from the dead.” The resurrection of Jesus, so comforting to believers, is a terror to unbelievers.

In a city overrun with religious vanity, Paul unapologetically ascended Mars Hill and graciously spoke the truth. Facing our own Mars Hills of unbelief, may we do likewise.

Stan Guthrie’s is co-author, with Jerry Root, of The Sacrament of Evangelism, from which the opening anecdote is condensed.