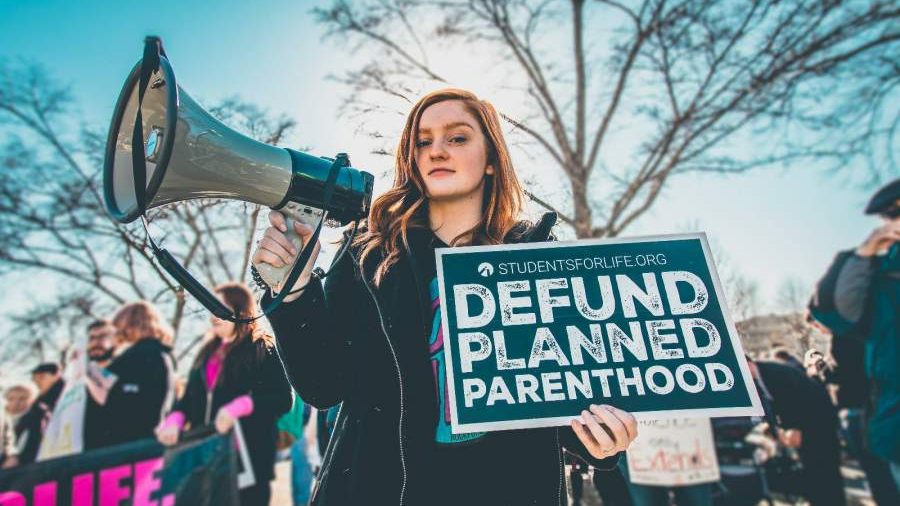 By Students for Life of America Published on November 4, 2021 •

As the fight for an abortion-free America continues, pro-life students face violence and bias. They get threatened over chalk artwork. They encounter hostility toward pro-life speakers on campus. Pro-lifers now deal with discrimination in Catholic schools. Meanwhile, colleges are offering abortion pills alongside candy bars in school vending machines. Despite these challenges, Students for Life of America students remain ever hopeful and vigilant. We’re watching closely as the Supreme Court argues the Texas Heartbeat Law this week. These times inspire us to work even harder toward eradicating abortion and changing the culture.

Vending Machines Carry Plan B, as Well as Candy Bars

Purdue University, the largest university in Indiana, is now selling EContra-One Step, billed as “emergency contraception,” in its campus vending machines. While different than chemical abortion, this drug is still very dangerous for both the woman and child. It increases the risk of ectopic pregnancies and has the capacity to end a preborn life by preventing implantation.

With such imminent danger to both woman and child, we find it hard to believe the school would condone such a drug being sold in a vending machine as though it were as harmless as an energy drink.

Later this month, SFLA president, Kristan Hawkins, will be speaking at the University of San Diego, a Catholic university. Her upcoming presentation has already stirred hostility. Pro-abortion students plan a protest during her speech, claiming “abortion is a human right.” What are they being taught in their ethics classes?

Hawkins faced protest on campus at Wellesley College in Massachusetts. More than 700 pro-abortion students signed a document which called Hawkins a “racist” and an “ableist.” The student newspaper also defamed her and questioned the university’s decision to allow Hawkins to speak on campus. However, she soldiered on and spoke, focusing on how that school could better serve pregnant students. Despite the initial hostility, she showed students how Students for Life of America is actively helping and seeking the welfare of pregnant mothers and their children. Hawkins reflects:

Pro-abortion students left my talk questioning their own school’s record on caring for women. We have the upper hand when we engage in-person about abortion. And that’s exactly why the abortion industry colludes with academia, Big Tech, and the mainstream media to ensure that conversations like mine don’t happen.

Why Don’t I Ruin Our Graduation by Demanding More Dead Babies!