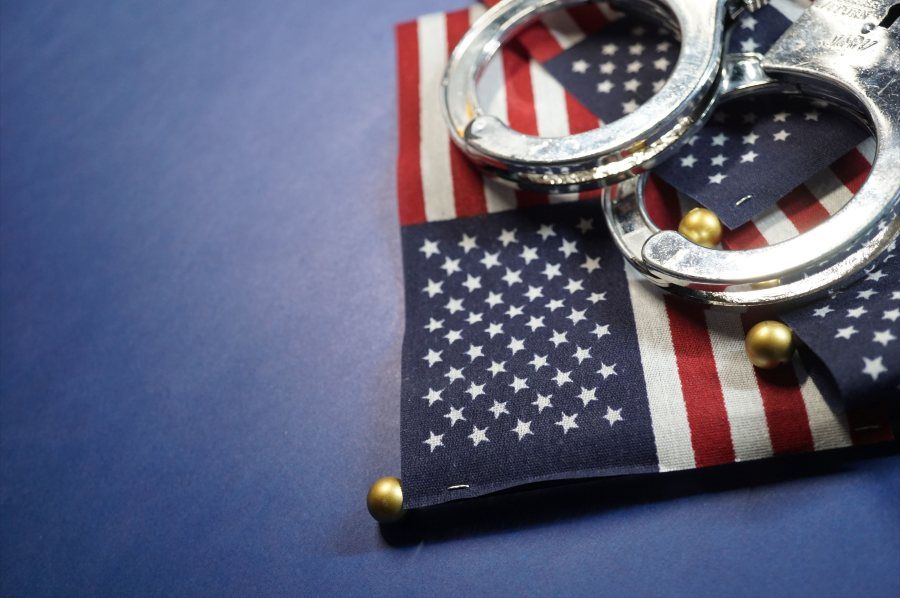 Here is something any honest person must acknowledge: As America has become more secular, it has become less free.

Individuals can differ as to whether these two facts are correlated, but no honest person can deny they are facts.

It seems to me indisputable that they are correlated. To deny this, one would have to argue that it is merely coincidental that free speech, the greatest of all freedoms, is more seriously threatened than at any time in American history while a smaller-than-ever percentage of Americans believe in God or regularly attend church.

The United States became the freest country in the world, the sweet land of liberty, the recipient of the Statue of Liberty, the country whose flag freedom fighters around the world have often waved. This freedom was rooted in the deeply religious nature of its founding ideals. America was founded by God-centered individuals to be a God-centered country. The claims that America’s founders were mostly deists and that America was founded to be a godless secular society are not true.

Some of the Founders were not orthodox Christians, i.e., they did not believe in the Christian Trinity or in the divinity of Christ. But none of them were deists (with the possible exception of Jefferson). Deists believed in a creator God who was not only uninvolved with his creations, but he also did not even know them, let alone care about them. After creating the world, the deists’ God abandoned it. The deists’ God was Aristotle’s “unmoved mover.”

Every major Founder (again, with the possible exception of Jefferson) believed in the God of the Bible who heard prayer, acted in history, judged people in the hereafter, demanded ethical behavior, and without Whom morality did not objectively exist. Most importantly, they all believed that in order for a functioning democratic republic not to descend into tyranny, it was necessary to link freedom with God.

No God, No Freedom

Whatever Jefferson’s view of God was, he was as influenced by the Bible as every other Founder. He and Benjamin Franklin proposed that the great seal of the United States depict Moses leading the Jews out of Egypt: Moses raising his rod to divide the sea; Pharaoh, in his chariot, overwhelmed by the waters; and the divine pillar of fire that led the Israelites by night. The seal’s proposed motto: “Rebellion to tyrants is obedience to God.” Jefferson and Franklin believed that freedom and obedience to God were synonymous. No God, no freedom.

The Founders linked freedom inextricably to God. That is why the inscription on the Liberty Bell is from the Bible: “Proclaim Liberty Throughout All the Land Unto All the Inhabitants thereof.” The verse comes from Leviticus, the third book of the Bible. The Founders knew their Bible. The present adult generation of Americans is more ignorant of the Bible than any in American history. And most young people know even less. I suspect that most students at Harvard could not identify Leviticus, let alone cite any of its verses.

The bell was named “the Liberty Bell” by the abolitionists. Their opposition to slavery was based entirely on the Bible. Their motivating principle, “All men are created equal,” came from the Bible. They did not get it from the ancient Greeks, who would have scoffed at such a notion.

Why Freedom Could Not be Taken Away

For the Founders, the most obvious reason freedom was dependent on faith in God was that only if God is regarded as the source of freedom could men not rightfully take it away. If men are the source of the freedom, men can rightfully retract it. This is precisely what is happening today. Freedom is being destroyed primarily by those who scorn the idea that freedom comes from God.

The rule that the end of religion means the end of freedom does not mean that secularism would not be a welcome replacement for totalitarian theocracies such as Iran. But eventually that, too — a secular Iran — would lead to tyranny. Wherever God is delinked from freedom, freedom ultimately withers. When Christianity died in Europe, it was replaced by fascism, Nazism and communism.

Every American coin bears two inscriptions: “In God We Trust” and “Liberty.” Every generation of Americans prior to the 1960s understood why. Most Americans today, including secular conservatives, do not.