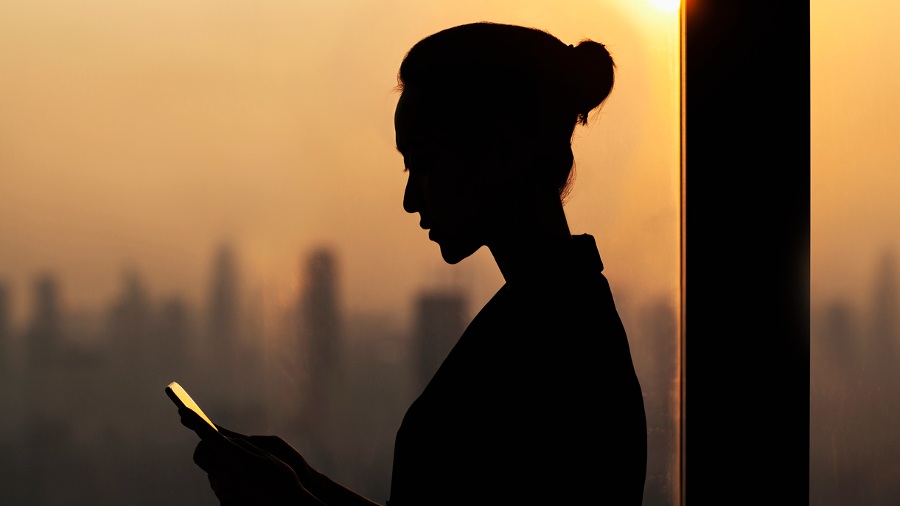 Suddenly, stories are appearing about Hunter Biden’s assistant — the one he had during his association with corrupt Chinese energy company CEFC — being a suspected Chinese honeypot, as if this were some new revelation. Readers of this newsletter have been aware of this for some time, though we did not allege a sexual affair, and there still doesn’t seem to be evidence of that. The story broke in the U.K. Daily Mail over a year ago. Here’s their updated version.

Focused on Hunter — and ‘Uncle Joe’

This was during a particularly debauched period in Hunter’s life, and JiaQi (“Jackie”) Bao was extremely focused on him, writing him three-page, single-spaced letters musing about all sorts of things. She strongly encouraged him to get his father — “Uncle Joe” — to run for President and even provided him with opposition research to help his dad’s campaign. American Thinker has a…thoughtful…piece that concludes, “If Bao was indeed a Chinese agent, she held him in the palm of her hand.”

She strongly encouraged him to get his father — “Uncle Joe” — to run for President and even provided him with opposition research to help his dad’s campaign.

The reason this is news again is that apparently there’s a whistleblower who’s come forward to confirm that, yes, she was a spy. But back in January of this year, Peter Schweizer, in his book Red-Handed, mentioned her by name and said she’d been employed by the Chinese government’s National Development and Reform Commission as a research assistant. Then she went to work for an investment firm called OpenGate Capital, which had known ties to the CCP. So, along with her move to the CEFC, her employment history shows a solid association with the Chi-Comms. And in 2017, when Hunter Biden went into business with CEFC, she was “assigned” to him. It’s hard to imagine they would “assign” any person to him who wouldn’t be spying.

As House Oversight Committee member James Comer of Kentucky says, it’s yet another “national security nightmare” connected to Hunter Biden. JiaQi (“Jackie”) Bao certainly did prove invaluable to Hunter in brokering the deal between CEFC and natural gas suppliers in the U.S.

And why would a short-term Chinese assistant be so interested in getting “Uncle Joe” elected as President?

Leftists, predictably, have focused on the somewhat indelicate phrasing of Rep. Comer’s comments about the Chinese assistant so they don’t have to think about the national security ramifications of Hunter’s relationship with her. Comer was even accused of being racist towards Asian women, when he was talking specifically about women enlisted to spy for the CCP. One stellar tweet that reveals the leftist mentality: “Lmao [laughing my a** off] they are sh** scared of the upcoming J6 hearing, not to mention the DOJ/FBI catching Trump red-handed stealing classified documents.”

If you’d like to read more inane drivel, here’s a link, but please don’t feel obligated to go there unless you want an excuse to pound your head against the wall.

Also, concern about this is not sexist towards “very attractive” (Comer’s words) lady spies. Recall that Hunter himself referred to CEFC’s Patrick Ho as “the f-ing spy chief of China.” (Bao came to Biden’s office after being Ho’s assistant.) We still don’t know how much of an exaggeration this comment might be, but spy chief or not, he was tried in 2017 in the Southern District of New York for bribing African leaders at the UN on behalf of CEFC, was found guilty and sentenced to three years in prison. From October 2020.

Interestingly, the 2017 news story from CNN about Ho being convicted does not mention the Biden family connection at all. It must have been a closely-held secret then.

A ‘Planned Deception’ on Behalf of Hunter

As it happens, that’s not the only spy story for today. Just as the Chinese spied on Hunter, so Hunter, through his attorney, allegedly spied on the crew that was filming the movie My Son Hunter last November. In an update, filmmaker Phelim McAleer has filed an ethics complaint with the California State Bar against Malibu lawyer (and Hunter’s neighbor and so-called “sugar brother”) Kevin Morris for infiltrating the set of his movie. Morris allegedly flew in on a private jet and pretended to be an independent documentary filmmaker so he could find out more about McAleer’s Hunter project. As the complaint alleges, he was “performing legal investigative work on behalf of his client, Mr. Biden.”

McAleer’s complaint says, “Mr. Morris intentionally concealed from us that at the time of this conversation and during the many hours of filming and interviews that he was retained by Mr. Hunter Biden.” In a “planned deception,” “Mr Morris intentionally misrepresented to me that he had never met or spoken with Mr. Biden…”

This attorney, through his misrepresentation, gained full access to the set and the actors for several days, and it’s estimated that he and his team left with about 40 hours of film. Morris also represents Matt Stone and Trey Parker, the creators of South Park, and allegedly used his 25-year relationship with them as cover while spying on the My Son Hunter set. No word on what they think about this.

The complaint alleges that Morris violated three rules of the State Bar of California and therefore is “unfit to be a lawyer in California or anywhere else.” It calls for Morris’ disbarment.

Morris has been called Hunter’s “sugar brother” because he lent Hunter $2.9 million to pay off his delinquent IRS bill and has been paying the $20,000-a-month rent (!) on his Malibu beach house. That’s enough sugar to cause diabetes. He described the indie film as “an amateurish movie that bombed.”

On the contrary, this movie is a viral sensation. And though Morris is a wealthy Malibu attorney and addict-enabler, he is not a film critic. The movie — directed by my friend Robert Davi, who recently visited my TBN show to talk about it — is very well-made, not a documentary but based on real events and possessing a satirical sense of humor reminiscent of other political films such as Primary Colors and Wag the Dog. McAleer is a fine filmmaker who also produced and co-wrote the remarkable anti-abortion film Gosnell.

I’m amazed My Son Hunter got made at all, considering the rampant political blacklisting for both actors and crew that goes on in Hollywood. Reportedly they made it on a budget of under $3 million. They shot it in Serbia, but even so, you know that almost the entire Hollywood talent pool would be scared out of their minds to participate, as they surely would be canceled. For conservatives — or even non-conservatives who might dare to work on a project like this — the threat “You’ll never work in this town again!” hangs over their heads like the Sword of Damocles.

If you haven’t yet seen My Son Hunter, here’s where you can.