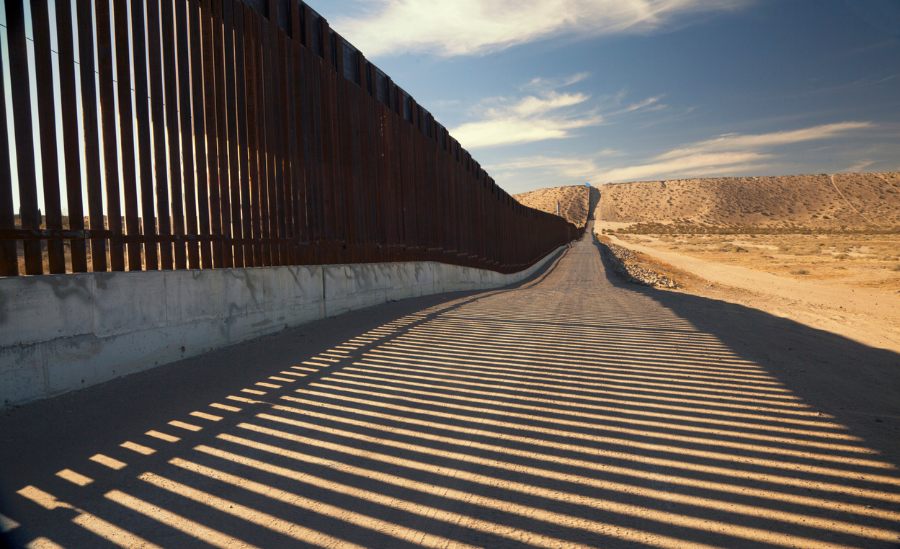 Workers with large machines are removing the shipping containers that make up the wall following a Biden administration lawsuit against the state of Arizona and Ducey. The suit argued that the governor’s makeshift barrier along sections of the border was illegal.

“Officials from Reclamation and the Forest Service have notified Arizona that it is trespassing on federal lands,” the Department of Justice stated in its December lawsuit filed in the U.S. District Court for the District of Arizona.

AZ: Shipping containers are being removed from the Yuma border. Border Patrol Agents say they didn’t know this was happening.

Sources tell me the work to dismantle the barrier in the Coronado National Forest starts today—There’s a large contractor presence to remove it rapidly. pic.twitter.com/lnXN9sTXqJ

Ducey agreed to begin removing the barriers before leaving office on Jan. 2. The DOJ called for the barriers to be removed by Jan. 4, 2023, but it remains unclear if the state will reach the deadline. Removal of the barriers is reportedly expected to cost about $75 million.

Jonathan Lines, a Republican on the Yuma County Board of Supervisors, told The Daily Signal Tuesday that the Biden administration has agreed to replace the shipping containers with some type of a barrier. The timetable for refilling the gaps left by the makeshift wall’s removal remains unclear.

Lines says he is concerned that the Biden administration has had the opportunity to fill the gaps in the Yuma County border wall, “yet they failed to act until Gov. Ducey took action.”

“The Connex boxes were always temporary,” Lines said referring to the shipping containers. “People worry about the cost of those Connex boxes, and yet we are spending millions upon millions on a weekly basis to house and process and transport illegals, trespassing into the U.S.”

The removal of Ducey’s makeshift border wall comes during a shift in power in Arizona as Katie Hobbs, a Democrat, takes the reigns as governor.

When Arizona PBS asked Hobbs her opinion on the makeshift border wall, she said the containers are “not effective as a barrier.”

Hobbs lists “immigration and border security” as one of her top priorities on her website. “The most impactful solution to our immigration crisis would be for the federal government to finally pass comprehensive immigration reform legislation that secures our border, strengthens our economy, and provides a tough but fair path to citizenship for undocumented immigrants living in the United States,” the website states.

Ducey first began constructing the border wall over the summer in Yuma County using 130 shipping containers topped with razor wire. He filled 3,820 feet of previously open border. The project is reported to have cost about $6 million.

Yuma County Sheriff Leon Wilmot told The Daily Signal in December that the shipping containers were helping to prevent trespassing on farmland, which was harming crops. The wall also proved effective at moving the “mass immigration crisis to a more controlled environment for the federal agents to apprehend,” Wilmot said.

When asked if Hobbs should remove the shipping containers, Wilmot said, “Local farmers are asking that [the containers] be kept in place until the federal government replaces them with adequate infrastructure to prevent what was being experienced prior to the containers being deployed.”

In Cochise County, located in the far southeast of Arizona, Ducey’s administration completed over 3 miles of the shipping container border wall before environmental protests brought construction to a halt.

The removal of the shipping container wall comes shortly after the Supreme Court ruled to temporarily block the Biden administration from ending Title 42, an emergency health measure that allows Border Patrol to quickly expel illegal migrants.

But even with Title 42 in place, Border Patrol reports over 2 million encounters with illegal aliens across the border in fiscal year 2022, which ended Sept. 30. In October, Customs and Border Protection encountered 231,294 illegal aliens and 233,740 in November.