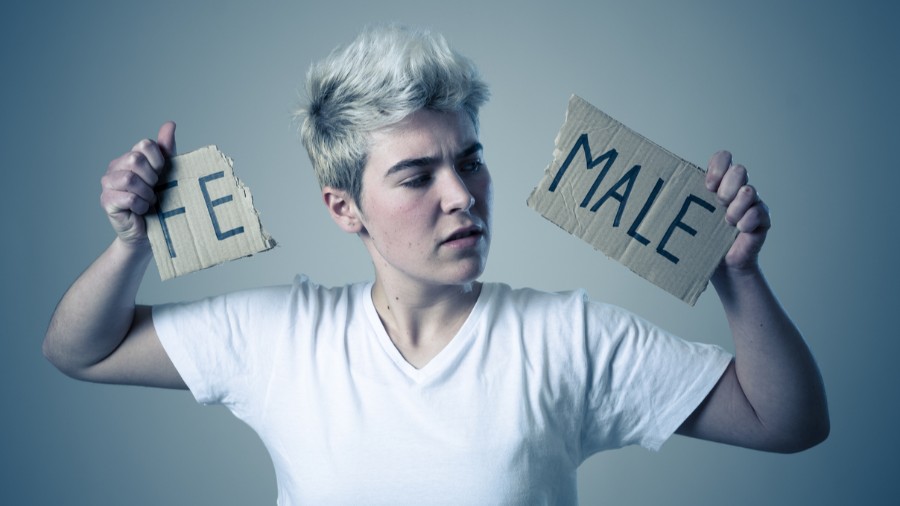 No doubt you’ve heard the phrase “On second thought.” It’s common to say after you’ve reflected on an idea and now hold a different opinion. Consequently, you might change your course of action. That’s because our thoughts, beliefs, and internal states are not concrete. They’re part of our psychology. As a result, they can change and also be wrong. We can think twice about something and change our mind.

The Presumption of Inerrancy

That’s why I’m often mystified by transgender people who believe their internal state accurately reflects what their body should be like. Why presume one’s internal psychological thinking is always correct?

Not only are our internal states shifting, but they’re often evil and wrong.

But that presumes your beliefs — which are of a psychological nature — are correct. Indeed, the way I often hear people talk about themselves sounds like they believe their transgender ideation is inerrant. That’s strange. Although it’s hard to imagine how you could be wrong about what sex your body is, it seems quite possible you could be mistaken about your gender identity. Pro-transgender experts even tell us that gender identity fluctuates, sometimes even on a daily basis.

Actor Keiynan Lonsdale, when asked if he was gay, replied by saying, “Now it just depends on the day. Sometimes I’m bisexual, sometimes I’m gay, sometimes I feel straight, sometimes I’m not anything. It doesn’t matter.” It seems irresponsible that anyone would decide to amputate a healthy sex organ based on a potentially shifting psychological state.

Scripture tells us that “the heart is more deceitful than all else and is desperately sick” (Jer. 17:9). There’s a reason for that. Not only are our internal states shifting, but they’re often evil and wrong. There’s ample reason to question our thoughts, especially when we’re making life-altering decisions that can be irreversible.