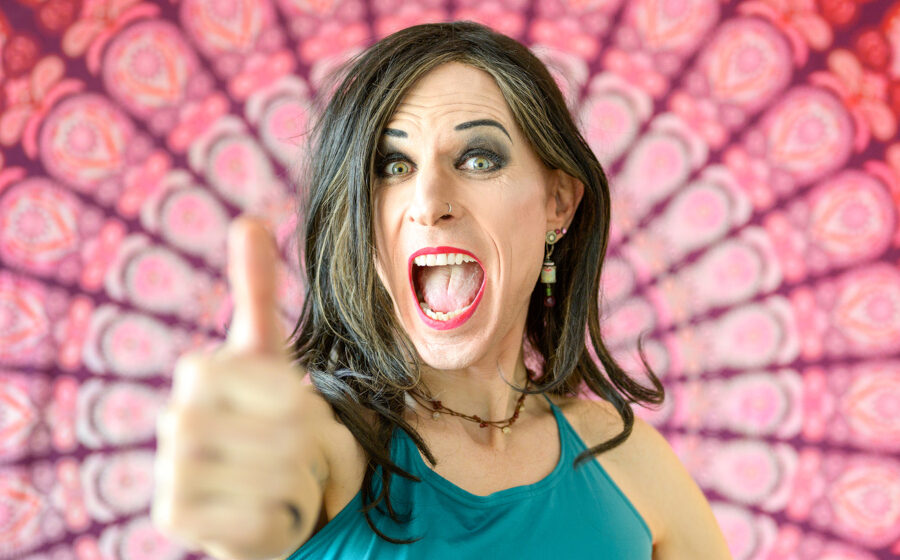 God isn’t perfect. According to a tweet by a “transgender ally,” sometimes He makes mistakes we can fix. Listen to what she wrote:

God made you a brunette, yet you are now a blonde. God gave you bad vision, yet you fixed it with glasses. God gave you crooked teeth, yet you straightened them with braces. Trans people change the outside to match the inside just like you do. Sit down. Jesus said to.

Allegedly, God could have given you the wrong body, and fixing that mistake is just like getting glasses or braces. This thinking, however, is misguided for at least four reasons.

First, it presumes God makes mistakes. Not everything that exists was intentionally made that way by our Creator. Genesis explains that God made all things good. What Scripture also teaches, though, is that creation became tainted by sin, and God’s perfect design was broken. Babies are born with missing limbs, impaired immune systems, or Down syndrome. That’s not God’s intent, however. Humanity sinned and corrupted creation along with it. Birth defects — whether anatomical or physiological — are not God’s fault, but are ultimately the result of mankind’s sin.

Second, it wrongly compares the transgender desire to change one’s body to repairing a damaged organ. Every body part is designed to function a certain way. Eyes are meant to see, and teeth are meant to grind food. Getting glasses (or LASIK surgery), for example, is meant to restore the eyes to their original purpose, which is to see clearly.

The only hope for transgender individuals — and indeed for everyone — is not an external change, but an internal change.

My son, for example, was born with a droopy eyelid that impaired his ability to see. A doctor surgically “lifted” his eyelid so it wouldn’t obscure his vision and his eye could function properly. This wasn’t an attempt to “change the outside to match the inside.” It was simply a surgery to correct an eyelid deformity and restore an organ to its original design.

Third, it wrongly presumes one’s internal perception is accurate. The tweet claims transgender people merely want to change their body to match how they feel inside. But why assume a person’s thinking about their body is always correct? There are many conditions where a person’s internal state doesn’t match their body and it’s their perception — not their body — that is mistaken.

Some people, for example, wrongly perceive their body to be fat even when they are thin. There is a mismatch between their mind and body, but it’s their “inside” that’s mistaken. Why automatically presume the internal perception of someone who identifies as transgender is correct? It’s possible they should alter their mind to match their body and not vice versa.

Fourth, the tweet begs the question. This is perhaps the most serious problem. Begging the question (or circular reasoning) is a logical error in which you presume something is true instead of proving it to be true. In this case, the conclusion the author wants you to believe is that it’s normal for a transgender person to change their body to match their “inside.” What evidence does she provide for such a claim? None. She offers some illustrations (correcting vision with glasses or bad teeth with braces) to describe what she means.

But illustrations are not arguments, and they don’t prove anything. Illustrations illustrate. They make an idea more clear by describing it in a different way. Her claim is that altering your sex organs to make them match how you feel inside is similar to wearing glasses or getting braces (a dubious claim indeed). Even if wearing glasses were analogous to amputating a healthy sex organ (which I don’t grant), all the author has done is provide an illustration to attempt to more clearly describe what she is talking about. But whether it’s right to cosmetically alter your body and/or sex organs to match how you feel is precisely what needs to be proven. This tweet, however, simply assumes that claim is true and provides poor analogies to illustrate it. The author does nothing to provide a reason why such a claim is true in the first place.

These four missteps in thinking are evidence that people aren’t thinking clearly about important matters. No one denies that some people experience what they perceive is a mismatch between their body and mind. Neither does anyone deny that such an experience is a serious condition. In fact, Christians recognize these people are valuable image-bearers of God who need our love, compassion, and care. Where we diverge from our secular-thinking friends (some of whom claim to be Christian) is their belief that God erred with their body, that their “inside” experience is inerrant, and that the solution lies with hormone treatment and radical cosmetic alterations.