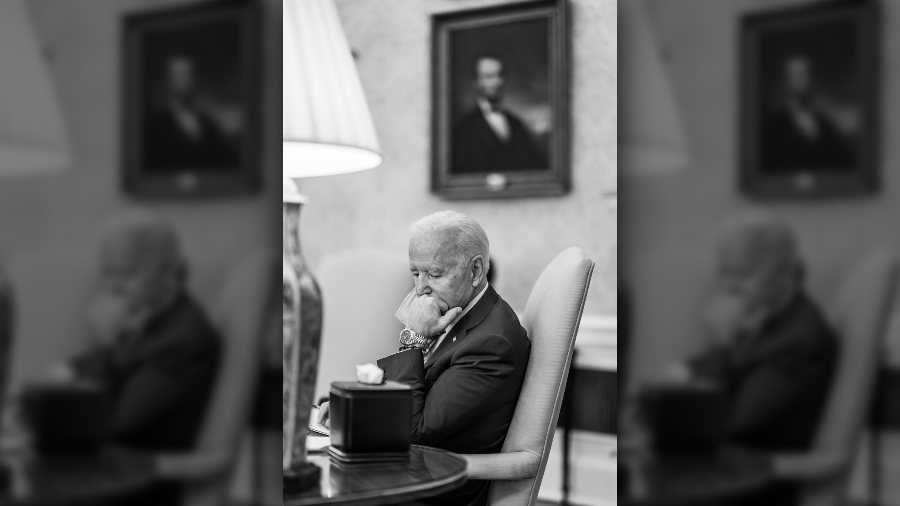 Standing at the podium as part of a White House forum on food and hunger, President Joe Biden began working through the list of people to thank. He made it bipartisan. He thanked several Republicans and got to his friend Jackie. “Jackie, are you here? Where’s Jackie?” Biden asked. Jackie is Rep. Jackie Walorski of Indiana who died over a month ago in a car crash. There is no good way to consider what happened.

Biden knew Walorski died. He mentioned it over a month ago. He is about to sign legislation, with her family present, to rename a VA hospital in her honor. His press secretary said the deceased congresswoman is “top of mind” for Biden because he knew he would be spending time with her family later in the week. If she really was top of mind, shouldn’t he have known she could not be present at the event?

We should consider the options.

First, his advance staff failed to prepare him. Prior to the president taking the stage, the event showed a brief video reflecting on Walorski’s life. An advance team should, in every case, brief their leader on everything happening at an event, including those events that happened right before he goes on stage.

Second, perhaps they briefed him but failed to remind him that the congresswoman died. Whether it is the first reason or the second reason, the president’s staff has let him down again.

Now, he’s calling out to dead congresswomen on stage who happen to be, in his press secretary’s telling, “top of mind” — just not top of mind enough to know she’s dead.

We know that Chief of Staff Ron Klain has had a hard time navigating relationships in Congress, often undermining the president’s agenda. We also know that Biden has been bullied by his staff into taking policy positions that directly contradict the president’s own instincts. The student loan bailout is just one example, and it is the most recent example that will haunt the Democrats’ midterm cycle. It is not out of bounds to consider that Biden has a highly ideological progressive staff that is very long on opinions and short on competence.

Of course, there is a third option. What if the team did tell Biden, did brief him, did do everything right, and Biden forgot that quickly? That would be the most troubling because it would be a sign the president’s age is getting the better of him. Perhaps Biden cannot get his staff to set policy based on his instincts because he cannot operate at the level necessary to have his will, as president, implemented by his team. They, in turn, are taking advantage of his infirmities.

When former President Donald Trump served in the office, videographers caught him very, very carefully walking down a ramp at West Point. “Trump’s Halting Walk Down Ramp Raises New Health Questions,” The New York Times headline blared. The subheading was, “The president also appeared to have trouble raising a glass of water to his mouth during a speech at West Point a day before he turned 74, the oldest a president has been in his first term.”

At CNN, its regular regurgitator of stale conventional wisdom, Chris Cillizza, wrote a piece with the headline, “Why the Donald Trump-West Point ramp story actually matters.” Among the reasons Cillizza said it mattered was: “He is the oldest person ever elected to a first term in the White House,” and “Trump’s medical past is a total mystery.”

Biden is now the oldest President ever and his health is no mystery. He had two brain aneurysms, both of which required surgery. Now, he’s calling out to dead congresswomen on stage who happen to be, in his press secretary’s telling, “top of mind” — just not top of mind enough to know she’s dead.

“Trump tries to explain his slow and unsteady walk down a ramp at West Point,” read the headline of Phil Rucker’s story about Trump’s ramp walk in The Washington Post. He said, “Elements of Trump’s explanation strained credulity.” Does the Biden administration’s explanation for Biden not strain credulity? Of course it does. But note the relative lack of media coverage. If only Biden had delicately walked down a ramp instead of searching for a dead woman in a crowd, maybe the media would ask the tough questions.