Archbishop Cordileone: I Had ‘Conversations’ With Pro-Abortion Pelosi About Holy Communion 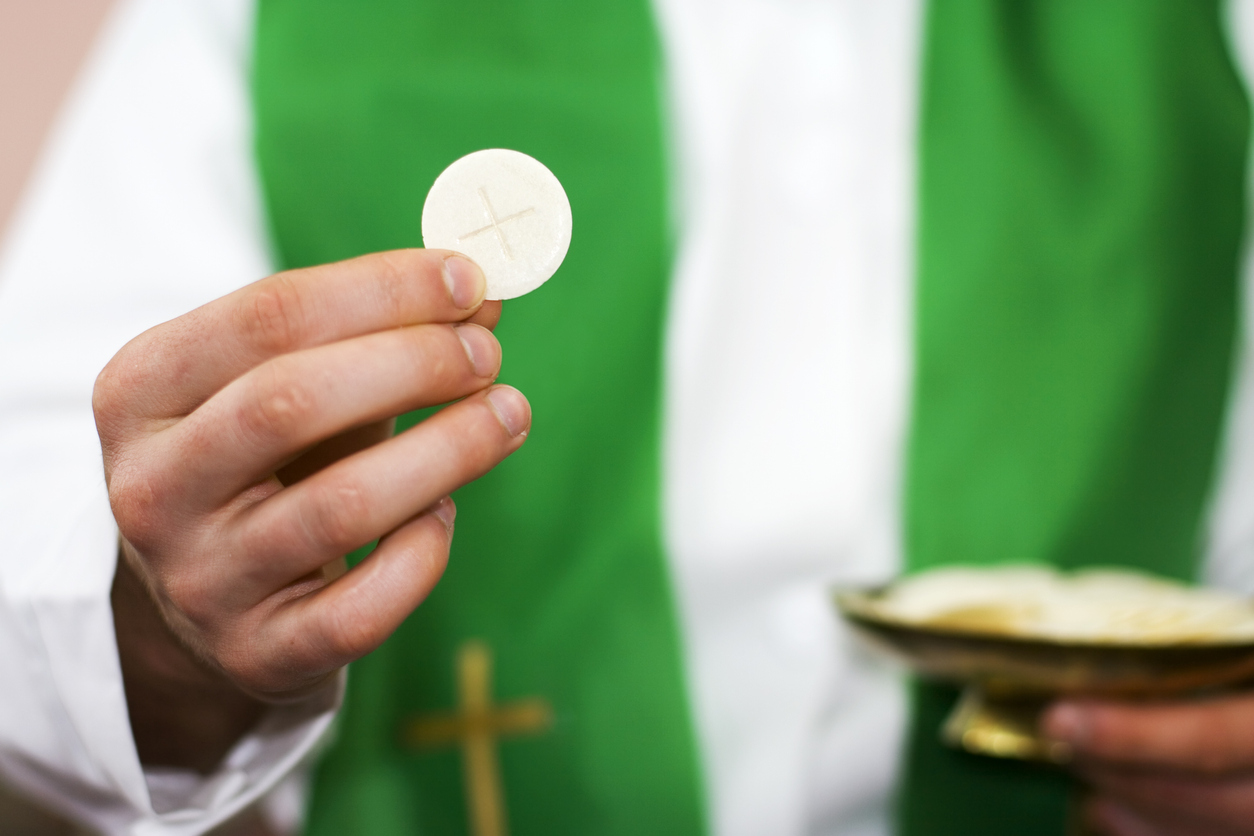 San Francisco Archbishop Salvatore Cordileone has had “conversations” with House Speaker Nancy Pelosi about abstaining from receiving Holy Communion at mass as a pro-abortion Catholic, the archbishop told the Daily Caller News Foundation in an interview.

Cordileone discussed his new document in which he warned pro-abortion Catholics against receiving communion, as well as the implications of high profile Catholics publicly supporting abortion during an interview with the Daily Caller News Foundation’s Mary Margaret Olohan.

“Absolutely not,” Cordileone said regarding whether high profile Catholics can support abortion in good conscience.

The archbishop said that it “grieves” him that the question even needs to be asked, noting that it “should be known by everyone that Catholics don’t support anything that advocates for an injustice or deprivation of a basic human right, such as the right to life.”

Olohan asked Cordileone whether the archbishop would give communion to President Joe Biden or Pelosi if either pro-abortion politician were to show up in his communion line at mass. Cordileone noted that in “Before I Formed You In The Womb, I Knew You,” he discussed the need for conversations to take place between pastors or bishops and the individual in question “so they can understand the error of their ways.”

These conversations help the individual understand church teaching, Cordileone said, avoiding “such a situation” where someone like Pelosi must be publicly denied communion.

The archbishop previously wrote that the “sad truth” is that these private conversations often make no change, “thus leaving it easy for the individual to continue participating fully in the life of the Church” and causing scandal to other Catholics.

“Because we are dealing with public figures and public examples of cooperation in moral evil, this correction can also take the public form of exclusion from the reception of Holy Communion,” Cordileone wrote. “When other avenues are exhausted, the only recourse a pastor has left is the public medicine of temporary exclusion from the Lord’s Table. This is a bitter medicine, but the gravity of the evil of abortion can sometimes warrant it.”

“I have had such conversations with Speaker Pelosi, she knows that I stand by Church teaching, and I know she’s respectful enough not to do anything so provocative,” the archbishop said.

“In the case of President Biden or any other prominent Catholic, I think what I would do is if I knew that they were coming into the area here and planned to attend mass, I would try to have those conversations as well ahead of time,” he added.

Pelosi has previously discussed whether the church gives her any “difficulties” about receiving communion despite her pro-abortion stances, describing herself as a “regular communicant.”

“I think some of it is regional,” she said in a 2018 interview. “It depends on the bishop in a certain region. Fortunately, for me it has not — Communion has not been withheld and I’m a regular communicant so that would be a severe blow to me if that were the case.”

Silence and Advocating for Evil

Addressing concerns from clergy who say that Biden should not be denied communion, Cordileone noted that Biden presents the “problem of scandal” since he is one of the most powerful world leaders and is a pro-abortion Catholic.

“Unless there is some kind of a public backtrack, or retraction better yet, they’re still advocating for something that is evil,” the archbishop said of high profile pro-abortion Catholics.

“If we don’t say anything, if we don’t speak out, then we are also culpable,” Cordileone told the DCNF. “I tremble at the responsibility that God has given me. In my letter I try to lay out clearly the church teaching so there can be no disagreement about church teaching, I try and make it as clear and concise as possible. When it comes to pastoral application of church teaching, that’s where pastoral discretion is needed, different judgements might be made by different bishops in different situations. But in the case of someone so prominent as the president of the United States, again this is a scandal, and it’s causing confusion in the minds of our Catholics.”

Pelosi did not immediately respond to a request for comment from the DCNF.