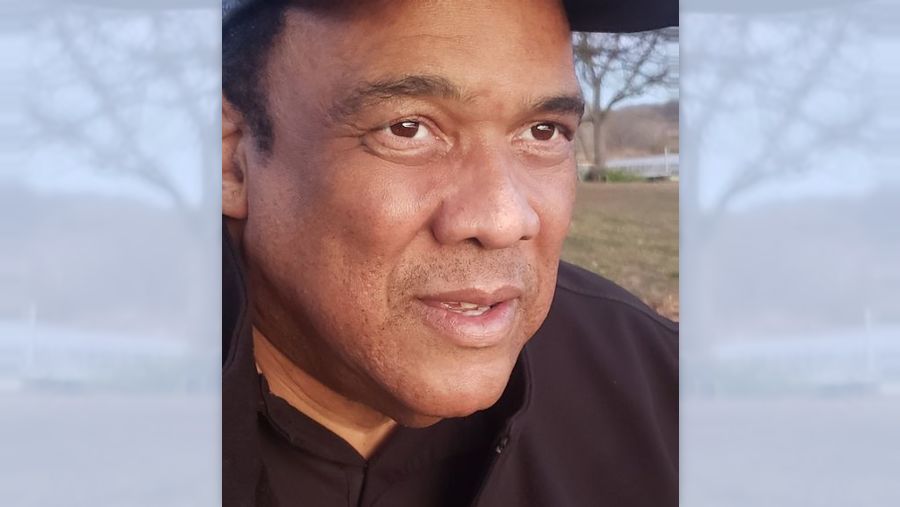 The news reached me the morning after it happened. Apostle Marvin Williams had died. It came, appropriately enough, during the prayer call that a small group of Christian Charismatics hold every week for the Family Institute of Connecticut, which I direct. The weekly call is the successor to monthly meetings of the FIC Clergy Advisory Committee that were held in my office for the first several years after I became executive director. It was in those meetings that I got to know Marvin.

He was a big man. Tall. His largeness had a metaphysical quality about it too. That soft baritone voice. That look of concern in his eyes. That sense of peace. He was a gentle giant. (Here is his obituary.)

What I remember about Marvin was this. Marvin knew that “we do not wrestle against flesh and blood, but against the rulers, against the authorities, against the cosmic powers over this present darkness, against the spiritual forces
of evil in the heavenly places.”

Marvin was plugged into that unseen realm. Marvin was a warrior.

During one of those meetings at the FIC office many years ago, I expressed concern for my family. I don’t remember the exact nature of the concern. What I remember is Marvin closing his eyes for a moment. And then saying, “Your family is protected. I see four angels surrounding your home, on each corner. They are gigantic. They are protecting you.”

Whatever the trouble was at the time, it mysteriously evaporated after that.

Did Marvin really see that? Were the angels really there? I’ve always thought so. Especially after this next thing.

It was at another FIC Clergy Council meeting at our office. We were talking about something else when Marvin suddenly said to me, “You have to be careful about women.”

Flummoxed, embarrassed, I assured him that I was. I was a faithful husband, I exercised custody of the eyes, if I did watch something R-rated, Leslie was usually sitting right next to me, I…

“No,” Marvin interrupted me. “I know that. That’s not what I mean. What I mean is they are going to try to trap you with a woman.”

“Don’t be alone in your office,” Marvin said, cryptically. He didn’t elaborate.

And then, a short time after, the emails starting coming.

A student at a local college wanted to come to FIC to interview me on video for a project she was doing. She was only available in the evening.

We’re a two-man office. Our director of operations Larry Taffner normally leaves around 4 pm. Mindful of Marvin’s warning, I asked Larry to stay late while I did the interview. He agreed.

The student arrived, wearing a loose-fitting sweatshirt, and set up her camera equipment. In the process, it became obvious that she had no bra. We conducted the interview, Larry sitting right there with us, and then she left.

And then I got one or two more calls like that from other students, all female, all roughly the same scenario. A slight look of disdain on their faces as they would finish up and say goodbye to Larry and me. I never got those requests before or in the years since.

How could Marvin have possibly known ahead of time about Braless Woman? It was as if God had sent me a direct warning ahead of time through Marvin. It was eerie.

Marvin’s protection over me was not only supernatural. During a period ten years ago, when I was receiving hundreds of anonymous letters from someone threatening my life, Marvin said he would be watching. Sure enough, I would be taking a walk in the neighborhood around my office and there he would suddenly be, driving by in his car, giving me a knowing nod of the head. He was regularly canvassing the area.

During that period, when things looked like they might get hairy at the state Capitol, Marvin would come with me. When I had to do an interview at a radio studio in New Haven at night for “Electric Drum,” the black public affairs program, he came with me. And again, he was a big guy. Having him canvassing the neighborhood, having him with me at those events during the period when my life was being threatened … it made a difference.

Marvin opened doors for me. Many of FIC’s connections in the black church at that time ran through Marvin. It was thanks to him that I struck up a friendship with his own pastor, the late Angela Wimberly. Marvin and his wife, Yvette, moved to Kansas City some years ago. Before they left, they came to FIC and made Larry and me lunch. That was Marvin. Always so giving.

The last time I saw him, I think, was at mutual friends’ fiftieth anniversary party. The faith, the hope, the love, that both Marvin and Yvette radiated was beautiful. Whenever you were in Marvin’s presence, you knew whatever troubled you was going to work out. That, in the end, all would be right.

RIP, Apostle Marvin. Thank you so much for your friendship, your mentorship, your guidance, and your support.

Peter Wolfgang is president of Family Institute of Connecticut. He lives in Waterbury, Connecticut, with his wife and their seven children. The views expressed on The Stream are solely his own. His previous article was Climate Change is Real, but We Face a Deeper Problem the Climate Changers Don’t See.