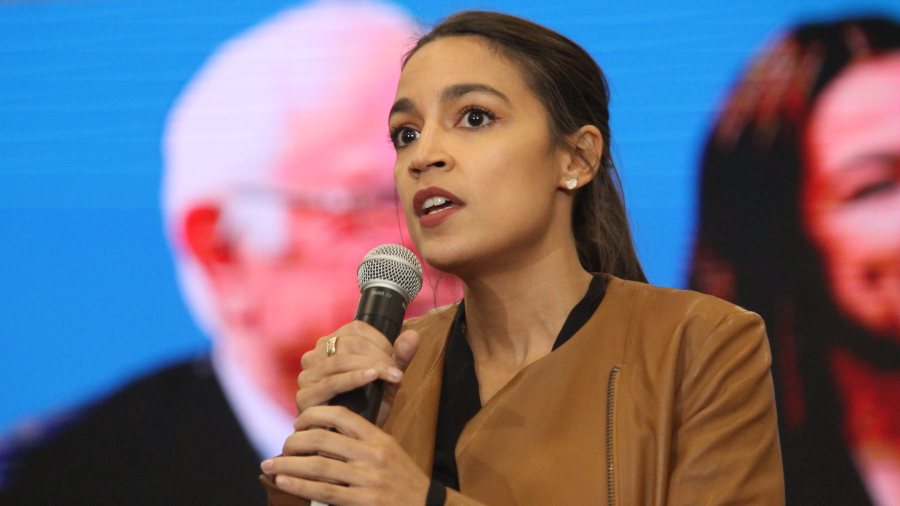 Rep. Alexandria “Don’t Call Me AOC” Ocasio-Cortez offered forth some more of her renowned wisdom this week, declaring that there’s no evidence that insane Democrat policies like doing away with bail or defunding the police have caused the skyrocketing crime waves in blue cities. No, she insists that if we want less crime, we need to build fewer jails.

This inspired a brilliant idea for me, too: if we don’t want any more pandemics, we need to build fewer hospitals. Think about it: what’s the #1 sign of a pandemic? Hospitals full of patients. No hospitals, no patients; and no patients, ipso facto, no pandemic!

Sorry, having to listen to nonsense like this got me thinking like a liberal for a minute.

AOC claims there’s no evidence that the rise in crime was caused by leftist policies, but that’s like saying you see no evidence that a flood was caused by a rainstorm, just because you slept through the rainstorm. At the risk of suggesting something that might be beyond her abilities, I’d suggest she try connecting the dots. Read this article from the Wall Street Journal about the horrific conditions being suffered by minorities in cities that defunded the police and allowed rioters and looters to run riot.

It points out that in Minneapolis, between January 1st and last week, homicides were up 108% from the same period last year, shootings were up 153%, and car jackings up 222%. Similar crime spikes have been seen in other blue cities with similar policies, including New York, L.A., and Chicago. Perhaps most horrifying of all, shootings of children in Minneapolis are up 171%. The grandmother of a 10-year-old boy who’s fighting for his life asked why nobody is mad and protesting that; is it only because a cop didn’t shoot him?

Ironically, the only reforms that would truly make a difference are things that AOC and her comrades would virulently oppose.

In a darkly ironic twist, the area known as “George Floyd Square” is now described as a burned-out, desolate, isolated, police-free zone where residents live in fear and senior citizens sleep in their bathtubs to try to avoid being shot through their windows. The WSJ article notes that Democrats blame this crime wave on the pandemic, but it actually started after the George Floyd riots, which began two months after the pandemic shutdowns began.

To be fair, AOC does have a bit of a point buried under her usual illogical verbiage. If someone is genuinely mentally ill, they should be in a hospital or care facility rather than jail (of course, it was leftists who insisted that it was a violation of civil rights to involuntarily institutionalize people and gave us the epidemic of mentally ill homeless people.) It probably would help reduce some crimes if we focused more on root causes such as preventing drug abuse or street gangs. But without the threat of possible jail time, some would sincerely seek help while others would just play the system to see what they could get away with.

Ironically, the only reforms that would truly make a difference are things that AOC and her comrades would virulently oppose.

First, improve inner city schools. We all know how bad many urban public schools are, and Democrats have recently given us a perfect example of how they prioritize teachers’ unions over the students. With the endless lockdowns, poor minority students have suffered the most, since many can’t afford the Internet or tutors. Want to help them avoid falling into drugs and crime? Help them get better educations. And I mean real educations, not teaching them that they can never get ahead because America is racist.

Next, a reform I know AOC would hate: bring back traditional, Judeo-Christian values.

Leftists lament that in crime-ridden urban neighborhoods, many young people have no respect for life, but they want to put an abortion clinic on every corner. They want new government programs to deal with gangs of young males who grew up without fathers, while demonizing marriage, dismissing the importance of fathers, and incentivizing having kids out of wedlock. (The founders of Black Lives Matter have openly stated that one of their goals is the destruction of the nuclear family, which is the #1 culprit in the destruction of black lives over the past half-century.)

AOC wants a slew of new government programs to provide every need even as leftists wage war on churches that used to provide such charitable assistance, along with the spiritual guidance to help people overcome their demons, understand that God loves them, and get on their own feet so they no longer need charity.

If AOC really wants to rebuild families, instill respect for life, and help people overcome sin and temptation, I’m actually with her. I just seriously doubt that she’d approve of the only things that would actually accomplish those goals.

Speaking of AOC, she actually blamed the still-unrepaired damage to her grandmother’s home in Puerto Rico from Hurricane Maria on “systemic injustices” and Donald Trump. That led conservative commentator Matt Walsh to launch a GoFundMe account to raise money to pay for AOC’s grandmother’s home repairs, since AOC can afford a Tesla but can’t seem to cover her grandmother’s handyman bills. He suggested giving $499, the monthly cost of a Tesla lease.

But someone in AOC’s family said her grandmother would not take the money, so it’s being refunded. Apparently, AOC won’t accept voluntary help from conservatives. She’ll only accept help in the form of taxes taken from them by force.