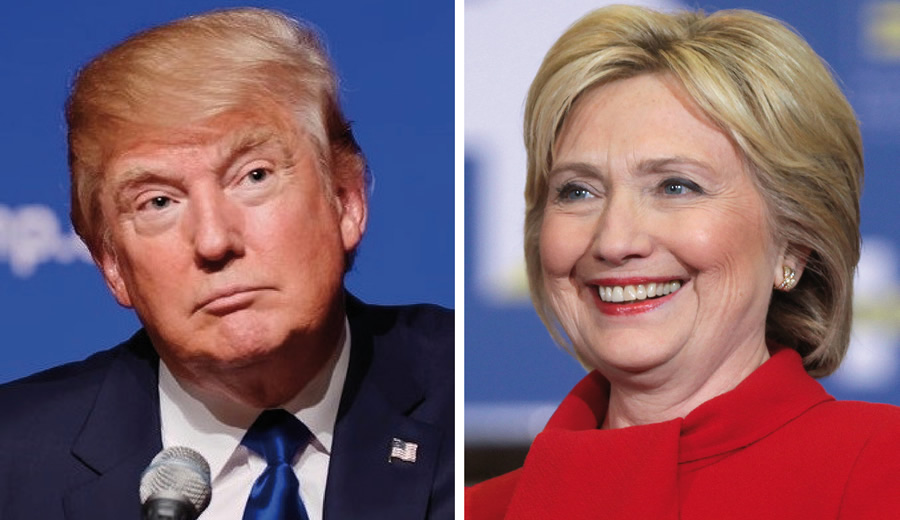 So, after three indictments and counting, will there be big-time accountability as a result of John Durham’s investigation of the Russia Hoax? It depends on who’s talking.

A Cat With a Bowl of Cream

The New York Post ran a superb, richly detailed editorial last week that starts by condemning most of the media for their lack of coverage now that the special counsel is finally speaking. Of course, it comes as no surprise that most media are ignoring the story coming out of his grand jury. The Post reveals the whole sordid story of how the media covered the “dossier” that was peddled to them by Christopher Steele and others. For when you have time, this is recommended reading, and also good to pass along to those you know who are just now becoming aware of what we’ve all known for years.

Kash Patel sees that “what the American public so desperately need” is accountability.

The media eagerly pushed a bogus “dossier,” but they avoided revealing the connections between it and Hillary’s campaign or doing anything on their own to try to discredit it, as real journalists would be bound to do. Instead, they lapped it up like a cat with a bowl of cream. For that, The New York Times and The Washington Post won the Pulitzer Prize. There might not be jail cells for these “journalists,” but they should at least have to give the Pulitzer back!

Or make them give it to the NY Post. Here, the Post has clearly outlined the relationships among major players Christopher Steele, Igor Danchenko and Charles Dolan. Be glad that a few major news outlets such as the Post are not only reporting what we think of as “old news,” but are doing so in a clear, methodical way that makes the complex simple. We know that one strategy the left uses for cover is to make sure its scandals are too complicated or “inside” for most people to follow. They also delay, delay, delay so that stories BECOME “old news,” and then they say, “Hey, it’s time to move on!” Um, we’re not moving on from this.

A Pessimistic Frame of Mind

So, the NY Post has indicted the media, not literally in a court of law but as a matter of public shaming. What about actual indictments, the kind that can lead to convictions and jail sentences? I hesitate even to link to the latest commentary by Andrew C. McCarthy, as I think he might have just been in a pessimistic frame of mind last week and will put you in one, too. The theme for his piece might be that “abuse of power is not criminal.” To that we say that, yes, sometimes it isn’t, but sometimes it sure is.

It’s true that what Durham knows and what he can prove in court are two different things. But at this point, Durham doesn’t really have to prove every last word in the “dossier” is false; we’ve already seen enough evidence about this for any reasonable person to conclude it was made up.

As for who is responsible at the top for directing this outrageous scheme, we still don’t know everything Durham has. He sure seems to be zeroing in on the Clinton people. So even though McCarthy literally wrote the book on the Russia Hoax (Ball of Collusion; highly recommended), we think he might be trying to forecast too far ahead. There’s more material yet to be declassified, and it might go a long way towards satisfying McCarthy.

John Durham’s on the Case

In fact, last week, former Director of National Intelligence John Ratcliffe told Maria Bartiromo there were over 1,000 documents from the Durham investigation that haven’t yet been declassified, and some of the intelligence relates directly to criminal activity that could be the basis for “further indictments.” He reminded us that a grand jury is saying that what happened with the Steele “dossier” is criminal in nature, and he anticipates that various people involved in exploiting it will be in legal jeopardy.

Kash Patel, lead investigator for former House Intelligence Committee chairman Devin Nunes, spoke with Maria this Sunday and specifically implicated Fiona Hill as one who could face criminal charges for lying to Congress in October of 2019 when she said, “I have no knowledge whatsoever of how he developed that dossier. None. I just want to state that.” Heck, she counts herself among Christopher Steele’s close friends and introduced him to Igor Danchenko. She also introduced Danchenko to big-time Clinton ally and Trump-Russia fabulist Charles Dolan, who provided fake stories for the “dossier.”

Fiona Hill serves as the connection between the Steele operation and the Democrat Party, Patel said. “John Durham’s on that case,” he said; “I think we’re gonna get there.”

A Triangle of Criminality Takes Shape

Patel broke down three areas of criminality that Durham has been looking at, describing them as three points of a triangle and represented by the three criminal indictments that have been handed down so far. Michael Sussmann, at the top of this triangle, represents the indictment of the Hillary Clinton campaign, the DNC, Perkins Coie and Fusion GPS, “funneling tens of millions of dollars to perpetuate the biggest fraud in the history of the FBI.” FBI attorney Kevin Clinesmith represents one of the bottom two points, representing the FBI’s role in lying to a federal court by doctoring a document about Carter Page to get a warrant under false pretenses. The other point is the indictment of Danchenko, whose own words discredit the phony “dossier.”

“He’s got a long way to go,” Patel says of Durham. But he’s glad to see that Durham is finally getting information from the FBI that had been intentionally withheld from the House Intel Committee.

Former FBI deputy director Andy McCabe appears to have played a central role. “All roads lead to Andy McCabe,” Patel said. Recall that McCabe was caught in three lies by Inspector General Horowitz during the internal investigation and seemed to have skated, but we’ll see. Patel insisted that a mid-level official such as Clinesmith couldn’t have pulled off “the greatest political scandal in history” by himself. It would have been “virtually impossible.” He was directed by his supervisors, and this would not have happened without the deputy director of the FBI knowing about it, and almost certainly colleagues Peter Strzok and Lisa Page as well.

Those Who Abused Power Are Now in Power

Bartiromo pointed out that “those who abused power are now in power,” notably Jake Sullivan, who was Hillary’s foreign policy adviser and is now President Biden’s national security adviser. Recall that Sullivan is the operative who broke the fake Alfa Bank story, which Hillary herself retweeted and falsely described as a discovery by computer scientists, when it was actually phonied-up by some helpful university techies. And now there he is in the catbird seat — inside the White House.

Patel sees that “what the American public so desperately need” is accountability. “And I think that’s where this road is going, and [where] John Durham’s taking us,” he said. “So stay tuned; I think we’re only 60 to 70 percent of the way there.”

Former Georgia congressman Doug Collins is quite optimistic as well. He’s got a new book coming out on the whole scandal, called The Clock and The Calendar, which comes out this week. We’ll add it to our stack.