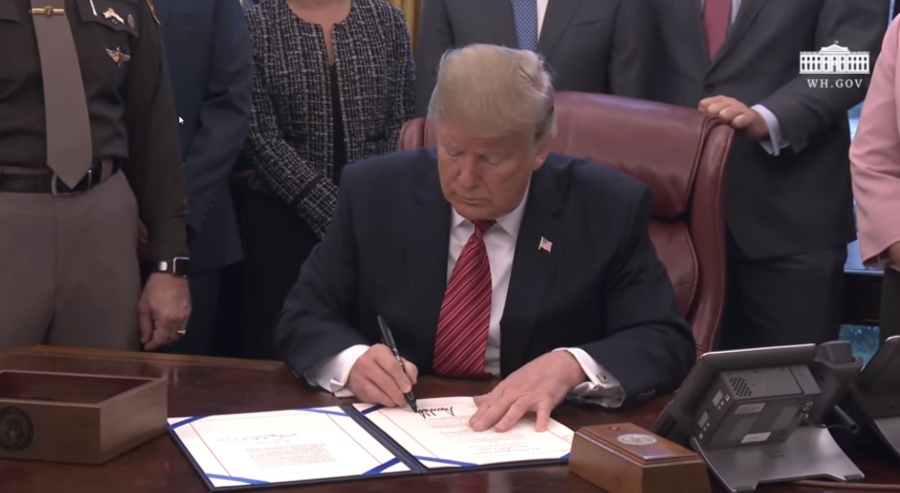 FILE: President Trump participated in a signing ceremony for anti-human trafficking legislation on Jan. 9, 2019. This was the last of four anti-trafficking laws signed in the previous three weeks.

Warning: This article briefly describes the mental state of a person who is sex addicted.

Booyens discussed Trump’s background fighting sex trafficking in a segment of Life, Liberty and Levin that aired Sunday. He also praised Immigration and Customs Enforcement (ICE) for the role it plays in protecting victims of sex trafficking.

“This president, Donald Trump, has done more to try to address this than previous presidents? Barack Obama?” Levin asked Booyens.

“No question,” Booyens responded. He also told Levin that ICE workers are “incredible men and women that help us … incredible people who actually go and keep America’s children safe.”

Booyens’ film 8 Days tells the story of a teenager who is sex trafficked after sneaking out to a party.

Booyens said sex trafficking is a crime that “doesn’t ask if you are conservative or liberal” but is instead a sex addiction Hollywood and the internet fuel.

“Someone doesn’t wake up in the morning saying I want to buy sex with a 12-year-old girl — oh and by the way she has to be a virgin,” Booyens said. “They start somewhere else.”

Booyens also told Levin that CNN and MSNBC had shown no interest in giving his work a public platform. “I say that not to point finger or blame,” he said. “That’s just a fact.”