Anti-Semitism on the Rise 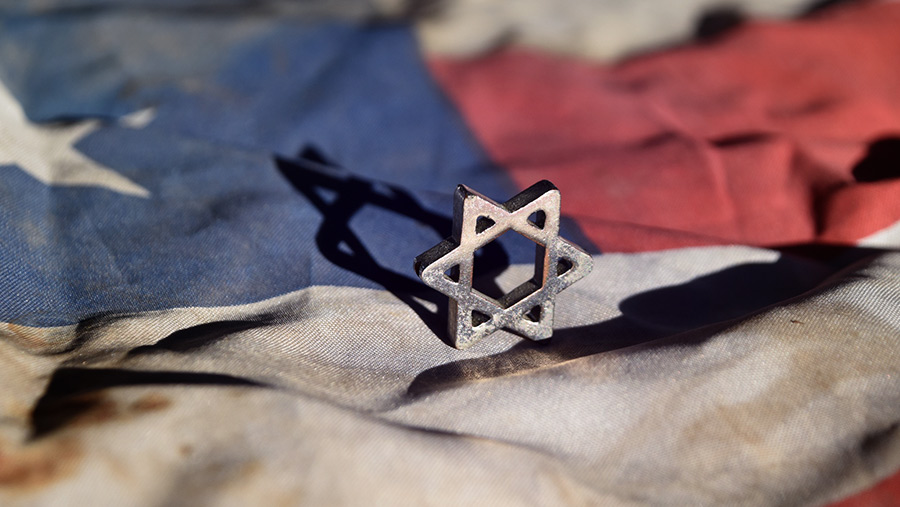 Anti-Semitism is increasing in modern America — as we continue to jettison our Christian past and move further down the road of secularism and socialism.

‘Afraid to be Outwardly Jewish’

Scott Phillips is the leader of Passages to Israel. As a Christian, his goal is to foster good relations between Christians and Jews. One of the ways he does this is to help bring young Christians on visits to Israel.

On a radio segment, Phillips told me, “Over the past few years, we’ve been seeing a rise in anti-Semitism. … In essence, Jews in America are afraid to be outwardly Jewish.”

I discussed with Phillips some of the moves against Israel in America today — including BDS, which stands for Boycott, Divest and Sanction. In effect the Left is trying to treat modern Israel as if it were South Africa in the 1980s, with apartheid in full sway.

The Left’s Constant Drumbeat Against Israel

The Left has a constant drumbeat against the nation of Israel, the only democracy in the Middle East. Muslims and far left activists have found common cause in hating Israel and wanting to see its demise.

High tech communications exacerbate the problem, says Phillips. He told The Christian Post: “I think the rise in social media, in Twitter, all of these types of things, that groups and people that espouse these views have a platform.”

The irony of anti-Semitism in America is the way our nation’s founders worked to create a safe haven for all, including Jews.

In the 1630s, Rev. Roger Williams, a Puritan leader who didn’t get along with fellow Puritans in Massachusetts, created the colony of Rhode Island, specifically as a haven of conscience.

William Penn expanded this idea territorially when he created the colony of Pennsylvania — a “holy experiment,” where people could practice their faith without fear of punishment.

George Washington did much to promote freedom for all, including Jews.

I got to visit Savannah, Georgia recently, and I stood in front of the Jewish synagogue that dates back to 1733. Washington wrote that synagogue a letter on June 14, 1790.

There is a plaque in front of the building with a portion of that letter.

May the same wonder-working Deity, who long since delivering the Hebrews from their Egyptian oppressors planted them in the promised land — whose providential agency has lately been conspicuous in establishing these United States as an independent nation — still continue to water them with the dews of Heaven and to make the inhabitants of every denomination participate in the temporal and spiritual blessings of that people whose God is Jehovah.

George Washington also wrote a letter to the synagogue in Newport, Rhode Island.

The Citizens of the United States of America have a right to applaud themselves for having given to mankind … a policy worthy of imitation. All possess alike liberty of conscience and immunities of citizenship.

He goes on to quote his favorite Bible verse, Micah 4:4, which provides a metaphor for what America should be: a place where “every one shall sit in safety under his own vine and fig tree, and there shall be none to make him afraid.”

Fearful of a Post-Christian Society

Rabbi Daniel Lapin made some great observations in our 2006 D. James Kennedy Ministries television special, What If Jesus Had Never Been Born?

No country in the last two thousand years has provided the same haven of tranquility and prosperity for Jews as had the United States of America. And, this is not in spite of Americans being Christian; it is because of it. You might say that America’s Bible belt is the Jewish community’s safety belt.

I fear for life in America if, heaven forbid, we ever find ourselves in a post-Christian society. Because what will come in its place is not a benign neutrality, but a very sinister form of secularism. And it is one in which life will have diminished value.

Sadly, recent evidence indicates that may be exactly where the Left, with its anti-Christian and anti-Jewish sentiment, is trying to take us.

‘The Future Support for Israel Will Only Come From Those Who Value Scripture. That’s the Only Thing That’s Working’