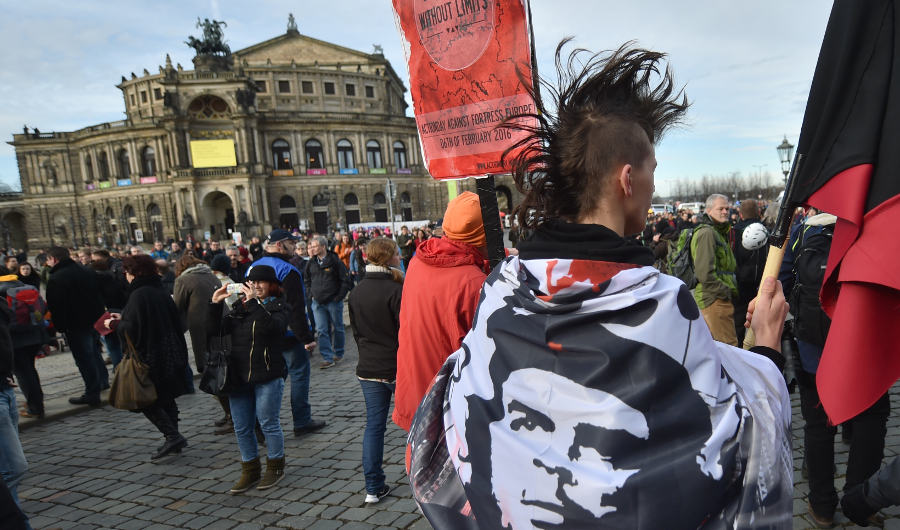 Participants of a counter demonstration gather in downtown Dresden, Germany, Saturday Feb. 6, 2016. Police in Dresden say they expect about 15,000 protesters to take part in a rally organized by the group Patriotic Europeans against the Islamization of the West, Known by its German acronym PEGIDA, the group emerged in Dresden two years ago and has become a magnet for far-right and anti-immigrant sentiment. About 10,000 people were expected to take part in a counter-demonstration Saturday on the other side of the river Elbe, which divides the city.

This article is available to read at the Associated Press Archive Link here: http://www.apnewsarchive.com/2016/Thousands-are-taking-part-in-protests-against-Islam-and-immigration-in-several-European-cities/id-6be1557818344cc1b0469f7342908a54