New York’s problems are unlikely to be solved if its leaders persist in their extractive, regulatory and freedom-stifling practices. 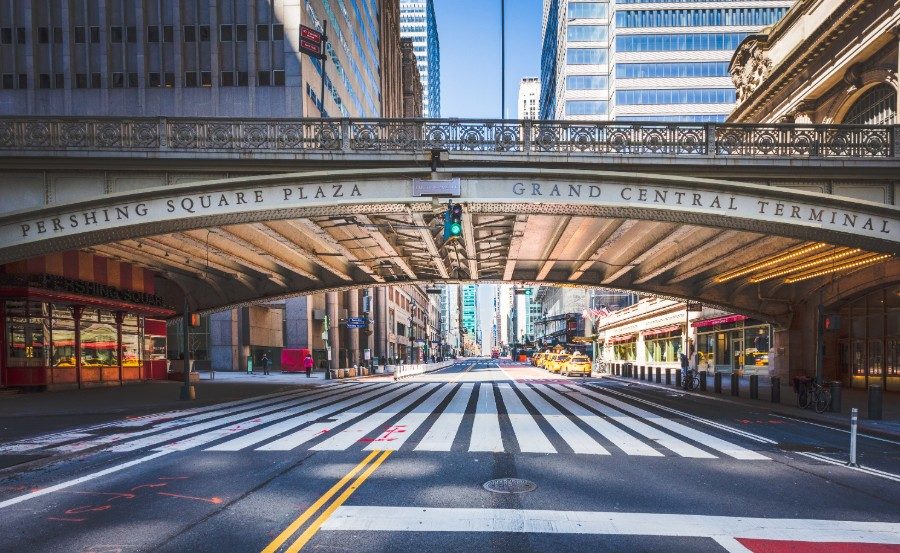 His state is looking at a $13 billion budget deficit, and New York City residents are leaving in droves. Many wealthy residents have fled to the suburbs of Long Island, while many working-class New Yorkers have split for new opportunities across the country.

This has resulted in a real estate boom in the Hamptons, but it has created a major problem for Cuomo. The governor recently expressed his fear that New York City might not be able to rebound, noting that many of Manhattan’s big spenders show few signs of returning.

“They’re not coming back right now. And you know what else they’re thinking? If I stay there, I pay a lower income tax because they don’t pay the New York City surcharge,” Cuomo told reporters at a Monday press conference. “They are in their Hamptons homes, or Hudson Valley or Connecticut. I talk to them literally every day. I say. ‘When are you coming back? I’ll buy you a drink. I’ll cook.’”

Cuomo might have to cook, since New York City Mayor Bill de Blasio recently announced the city’s outdoor restaurants, which close on Oct. 31, are scheduled to remain closed until June 1, 2021.

One of the great appeals of New York City has always been its culture and social life: the restaurants and bars; the theaters, museums and operas; the hot dogs at Madison Square Garden and the beer at Yankee Stadium.

The coronavirus has put a damper on social life across America, but the problem has been worse in New York, and a waning social life is hardly the city’s only problem.

Mayor de Blasio recently announced harsh crackdowns that threaten turn Gotham into a quasi-police state, complete with random checkpoints at tunnel crossings and bridges. People found to have traveled out of state face $10,000 fines if it’s determined they had not been quarantined for 14 days. That’s regardless of whether they’re infected with COVID-19. (Fortunately for the Cuomo family, the law was not in effect when the governor’s younger brother was caught breaking quarantine in April after he tested positive for COVID-19.)

This is not the way to bring New Yorkers back to a reeling city. A city that has already shed more than half a million jobs. One projected to lose one-third of its small businesses. Its unemployment rate is hovering around 20 percent, a figure not seen since the height of the Great Depression. Petty crime is surging and shootings are up 72 percent from last year. Murder is up 25 percent.

A friend of mine, who has spent the last six years living as a writer in Brooklyn and the Upper East Side, says huge swathes of the city are unrecognizable.

“There’s a lot of abandoned and boarded up buildings, graffiti everywhere,” she says. “And a lot of moving trucks.”

Gov. Cuomo is well aware of these problems — and the state’s $13 billion budget gap. With its business nucleus in shambles, progressive lawmakers and activists are proposing to fill the hole (or part of it) with a “Make Billionaires Pay” campaign. (Yes, it’s really called that.)

The proposal, currently circulating in the state legislature, would slap a new tax on capital gains. It would apply to residents with at least $1 billion in assets, raising an estimated $5.5 billion.

The tax wouldn’t actually raise that amount, of course. New York’s wealthiest people are not about to just let themselves be fleeced. Cuomo knows this, which is why he came out against the proposal.

“A single percent of New York’s population pays half of the state’s taxes and they’re the most mobile people on the globe,” he told reporters.

The solution Cuomo is calling for, however — a federal bailout — won’t fix the long term problems, even if all that money does come from taxpayers in other states. As it likely will.

A second relief package is being finalized in Congress, and the legislation will no doubt contain hundreds of billions of digitally created dollars (Democrats are currently asking for $1 trillion) targeted for cities and states who have struggled from government mandated lockdowns during the pandemic.

Yet bailout money can’t stop the capital flight underway in the Big Apple or address the city’s fundamental problem: a hostility to markets and freedom and the collapse of peace and order.

It’s not just policies like universal pre-K, mandated paid sick leave, and the city’s $15 minimum wage hike. Nor is it that New Yorkers are the most heavily taxed citizens in the US and suffer from rent-controlled housing.

The fundamental problem is that New York’s political class has shown a hostility to capitalism and private property, and a mania for central planning.

“I think people all over this city, of every background, would like to have the city government be able to determine which building goes where, how high it will be, who gets to live in it, what the rent will be,” de Blasio told told New York Magazine in 2017. “I think there’s a socialistic impulse, which I hear every day, in every kind of community, that they would like things to be planned in accordance to their needs.”

COVID-19 has allowed de Blasio and Cuomo to govern the only way they seem to know how: by diktat. New York’s oppressive climate has yielded a batch of bad fruits — spasms of violence, disorder, property crime, economic depression, joblessness and despair.

This should come as no surprise.

“The more the state plans, the more difficult planning becomes for the individual,” the Nobel Prize-winning economist F.A. Hayek once observed.

In their 2012 book Why Nations Fail, economists Daron Acemoglu of MIT and James A. Robinson of the University of Chicago show that countries are poor primarily because their leaders make bad decisions that prevent the spread of prosperity.

“Nations fail today because their extractive economic institutions do not create the incentives needed for people to save, invest, and innovate,” writes Acemoglu.

Much the same can be said of states.

New York’s problems are solvable, and we should all hope the Empire State rebounds from the coronavirus pandemic. But that’s unlikely to happen if its leaders persist in their extractive, regulatory, and freedom-stifling practices.