And the Banned Played On — Calgary Churches Forbidden to Speak Truth 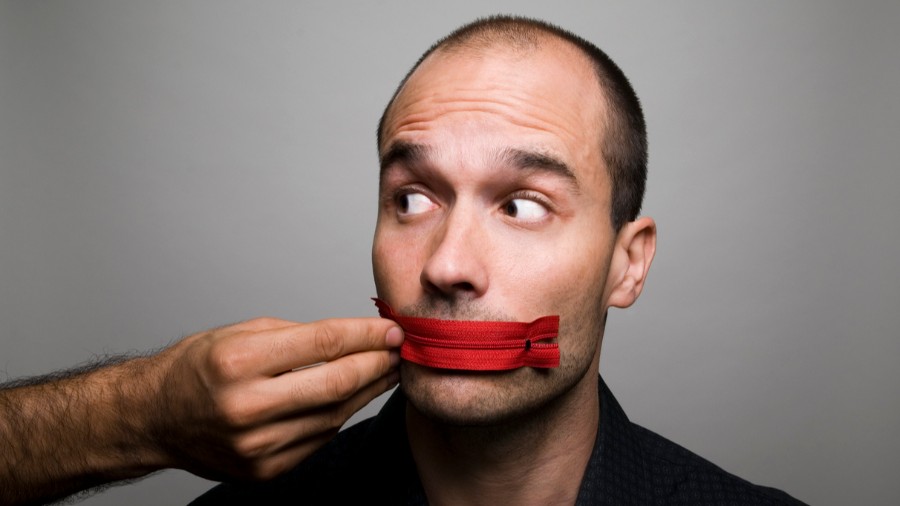 So said the City Council of Calgary to its churches — and indeed, to believers in general — when it voted Monday, unanimously, to ban so-called “Conversion Therapy.” Calgary citizens in defiance will now face a $10,000 fine, a year in prison, or both.

What the Left achieves in Canada today shows what it plans for America tomorrow. That’s why Christians in the States should carefully note three aspects of this story: the definition of “Conversion Therapy,” the punishments faced by people found guilty of practicing it, and the impact these bans will unquestionably have on churches.

The Crime in Question

First, the definition. The ban describes Conversion Therapy as “a practice, treatment or service designed to change, repress or discourage a person’s sexual orientation, gender identity or gender expression or to repress or reduce non-heterosexual attraction or sexual behavior.”

I asked for help, which was, thank God, legal.

This goes far beyond forbidding counselors from making extravagant promises to “cure” all homosexual temptations. It also prohibits a counselor from helping someone change their behavior, even if that behavior conflicts with their conscience.

Never mind what the person seeking counsel wants or believes as a Christian, an Orthodox Jew, a Muslim, or a Mormon. Religion be damned. Sit down, don’t speak, roll over.

Then there’s the consequences laws like this will have on private, profound decisions. On that point, let’s play a little Rod Serling.

Imagine, if you will, an adult male who’s spent years identifying as gay, sexually active with men, but now feeling a change of heart about homosexuality based on his religious convictions. Imagine him seeking out a Christian counselor with a belief system compatible with his own. Then imagine him saying, “I’ve been having relations with men, but I no longer feel right about that in light of what I believe as a Christian. Please help me live my life within the parameters of my faith.”

Now imagine the counselor saying, “I could lose $10,000 plus one year of freedom if I do what you ask.”

I am also that counselor, 36 years later. And after 33 years of marriage, the joy of raising 2 grown sons, and a life I both chose and love, I’m not going to lie down for any tyrant wanting to tell me and my clients what to believe, and how to practice it.

The Criminals in Danger

Only the most naive pastors will comfort themselves by thinking these restrictions might only apply to Christian counselors, or para-church ministry leaders. Instead, they will go straight to the pastor’s office, monitoring his advice and his prayers.

So said Calgary’s Council Board Chair Gian-Carlo in a video available on You Tube: “if counseling work undertaken by a church was deemed to be conversion therapy, they would be in danger of violation of this by-law.”

Pressed for clarification, he affirmed this would apply to ongoing counseling, or even something as random as a person dropping by a church to get ministerial advice about gender identity or homosexuality.

The resulting endangered species of pastors would include all Southern Baptist, Assemblies of God, Calvary Chapel, Vineyard, Foursquare, or Nazarene pastors, all Catholic priests, all Mormon elders, and all Muslim clerics who counsel according to their organizations’ clearly stated positions.

In fairness, let’s recognize that all “conversion therapy” horror stories aren’t fiction. Some people, seeking help for their struggles, have been promised their counselor could make all their gay feelings disappear. Some were told it was all Dad’s fault, or Mom’s fault, or Somebody’s fault. Others were subjected to exorcisms, shaming techniques and even sexual abuse. All this and more has happened in the name of counsel/ministry to homosexuals.

The problem, after all, is the way the clients were treated, not the fact that they were treated.

But there’s a chase to cut to here, and that’s the agenda behind the policies. Banning “conversion therapy” is hardly the end goal. Rather, it’s the silencing of any voice holding to a traditional view of marriage and sexuality.

Think about it. If pastors are forbidden to tell people they can turn away from homosexual behavior, then pastors must inevitably stop calling homosexuality a sin.

That’s because a foundational belief all faiths hold is that if something is a sin, it can be recognized as such, then turned away from. That’s the essence of confession, repentance, redemption, and holiness.

So if homosexual sex can’t be turned from, it also can’t be called a sin. LGBTQ strategists know that. Do we?

And the Banned Played On

We’re going to see more of this, internationally and domestically, since “Ban Conversion Therapy” has become the rallying cry of today’s politicized LGBTQ movement, just as surely as “Marriage Equality” was its rallying cry a decade ago. We’re left then, with two simple questions: