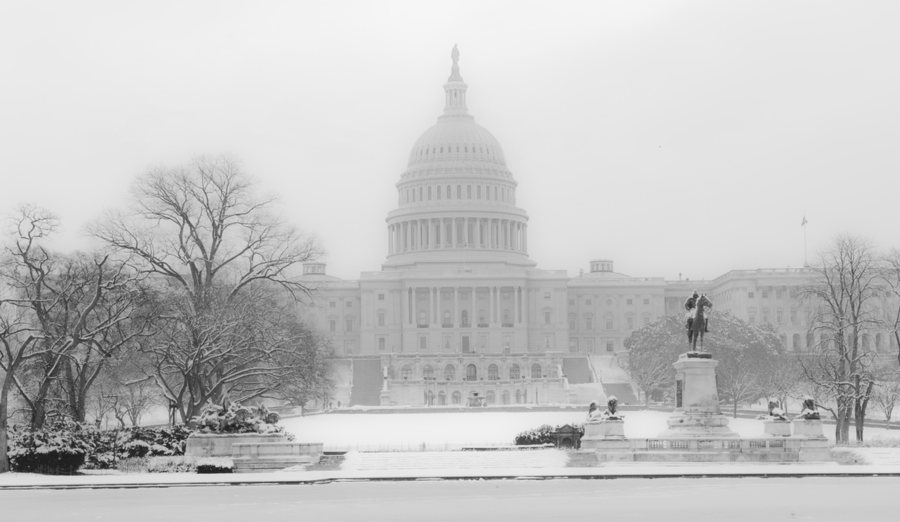 As Washington, D.C., prepares for its second winter storm in as many weeks, Democrats in Congress are all-in on their bid to pass their voting legislation and, if it fails, to abolish the Senate filibuster to advance it.

Their strategy has almost zero chance of success. Though Senate Majority Leader Chuck Schumer has brought his party’s voting bills to the floor throughout 2021, they have faced insurmountable opposition from Senate Republicans every time, who have relied on the filibuster to tank the legislation that they describe as a federal takeover of elections that could invite voter fraud.

In response, Schumer and most Senate Democrats have endorsed scrapping the 60-vote threshold, but in their way stand Sens. Joe Manchin and Kyrsten Sinema. The two centrist Democrats have said time and time again that they will not support abolishing the filibuster, denying Democrats the unanimous support they need to adopt the change even though they support their party’s voting legislation.

“I will not support separate actions that worsen the underlying disease of division infecting our country,” Sinema said on the Senate floor Thursday. “Tensions are raised within the country, and traditional nonpartisan issues are transformed into partisan wedges. We must address the disease itself, the disease of division, to protect our democracy. And it cannot be achieved by one party alone,” she said.

Democrats have argued that their reforms are necessary to counter a number of election reform bills passed in Republican state legislatures across the country in the wake of the 2020 election. While Republicans have said the bills are necessary to protect against potential voter fraud, Democrats have alleged that they amount to little more than voter suppression laws.

But the near-certainty of failure has not deterred Schumer or President Joe Biden, who endorsed nuking the filibuster on Tuesday so his party could pass their long-sought voting bills in a speech that compared its opponents to Jim Crow-era segregationists.

After meeting with House Democrats on Thursday, Biden seemed to acknowledge the writing on the wall.

“I hope we can get this done, but I’m not sure,” Biden told reporters. “If we miss the first time, we can come back and try it a second time. We missed this time.”

House Democrats Thursday passed both as part of a “message,” a legislative quirk that allows them to skirt an initial filibuster vote and be debated on the Senate floor. Had the Senate taken them up that day, it would have granted Schumer enough time to move to end debate and, after Republicans blocked them, move to abolish the filibuster, keeping with his deadline to force votes on the issue before Martin Luther King, Jr. Day.

But the Senate did not take them up. That afternoon, Schumer held a vote on sanctioning a Russian gas pipeline open for over seven hours as he worked to secure additional support for the voting bills. Around 10 p.m., he announced that instead of addressing them over the long weekend, the Senate would adjourn and scrap next week’s planned recess, delaying the demise of a strategy that was almost doomed to fail from the start.