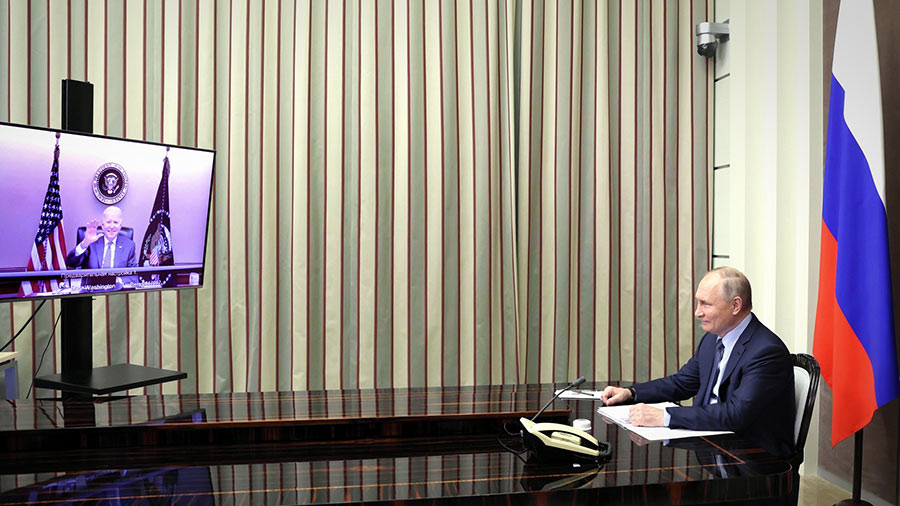 Call Russian President Vladimir Putin a dictator. Call him an autocrat. Call him a totalitarian. Call him whatever you want, but make sure you understand he is serious. He also knows the West is not. He has brought war to the West’s doorstep.

On Dec. 5, 1989, Putin was running a KGB office for the Soviet Union in Dresden, Germany. The Berlin Wall had fallen, and East German mobs were ransacking Stasi headquarters. They came for the KGB in Dresden. Putin called out to the approaching mob that he and his men would open fire. The mob held off. Putin called a Soviet military unit for help. The military could not come, reported the general, because “Moscow is silent.” It was a defining moment for Putin. He has prepared for years and now Moscow will no longer be silent.

Over the last two decades, Putin has taken advantage of the Western world’s grievous fixation with climate change. European nations have reduced their dependence on both fossil fuels and nuclear power. As they expanded wind and solar power, their ability to generate a sustainable base load of power declined. This fostered their dependence on Russian natural gas.

In the United States, Democrat politicians and judges have ended drilling permits and leases on federal land, curtailed and canceled pipelines, and reduced our capacity to be energy independent. Rep. Dan Crenshaw of Texas notes we have gone from providing all our oil domestically a few years ago to importing 595,000 barrels of Russian oil a day. The Keystone XL pipeline, which President Joe Biden killed, would have generated 830,000 barrels of oil a day. Concurrently, Biden got rid of former President Donald Trump’s sanctions placed on the Nord Stream 2 pipeline, a Russian project to supply even more gas to Europe.

Putin Uses Energy as a National Security Issue Against the West

The West focused on climate change and Putin knew he could use energy as a national security issue against Western powers. Additionally, Putin viewed his time in Germany as a lesson on the destabilizing power of populist movements. For decades, Putin has fueled populist movements in countries that oppose him, including the United States, in order to get those nations to stop focusing on him.

Putin did, in fact, interfere in the American election in 2020. Contrary to Democrat mythology, it was not about helping Trump, but about generating a rising hatred between Americans and their fellow citizens. It worked like a charm to the extent the United States is now going through a significant political realignment.

Putin has assassinated his opponents, jailed dissidents, confiscated his rivals’ money and invaded his neighbors all while loudly saying he wanted to upend NATO and restore Russia’s sphere of influence. All the while, the West has relied on experts and diplomats who believe papers and signatures and sanctions could govern foreign affairs and contain Russia’s ambitions. Putin has capitalized on the naivete of Western powers and is now going to war.

The Only Thing That Will Stop Putin

Europe is too dependent on Putin’s natural gas to stop him. The United States imports oil and fertilizer from Russia. To actually fight him would mean to give that up and force up prices as inflation is already out of control. But none of those things will actually stop Putin. The only thing that will stop Putin is guns and ammo. Neither the United States nor Europe have the will to truly arm the Ukrainians.

Ukraine is just the first domino to fall. Many Americans see no reason to be concerned, but no living American remembers a world in which the United States was not a superpower. Putin intends to show us that world.