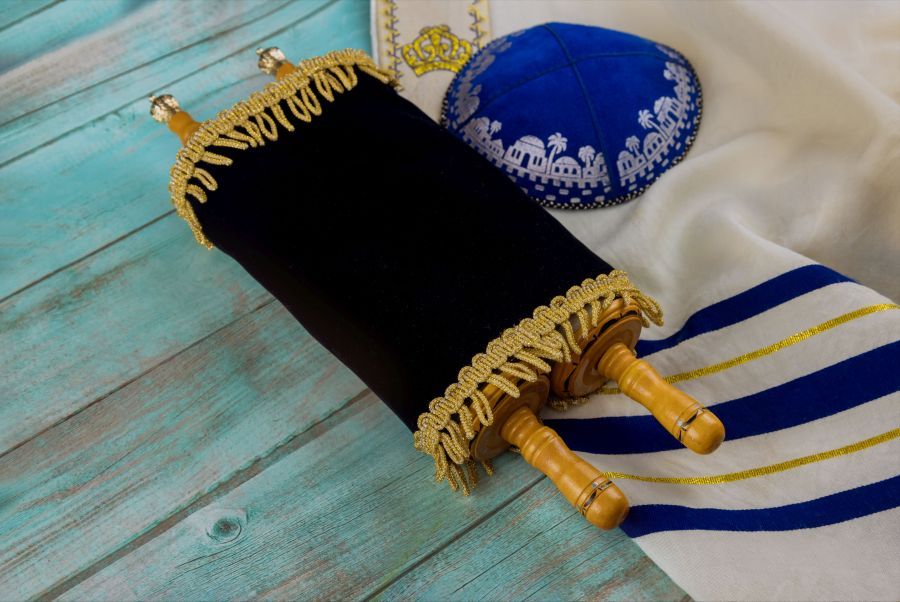 The Algemeiner, a Jewish publication I highly respect, published a column about Judaism that is not merely wrong; it actually advances a thesis that is the opposite of what Judaism teaches.

That fact alone would not have prompted me to write a rebuttal. What prompts me is that the column was written by an Orthodox rabbi. It is sad enough that many non-Orthodox rabbis have been influenced more by their secular/Left educations than by the Torah. But when a rabbi identified as “centrist Orthodox” distorts one of the most important and normative ideas in Judaism, and is published in a major Jewish journal, we might be in trouble. Of course, he might be an outlier. But I don’t think he is unique. Though certainly not yet dominant, secular values have entered parts of modern Orthodox life just as they have traditional Catholic and Protestant Christian life.

We are in Trouble

With regard to mainstream Christianity — both Catholicism and Protestantism — and non-Orthodox Judaism, we are indeed in trouble. The secular and leftist influence on these denominations has been disastrous.

I should note that I am not mentioning the rabbi’s name as I have no desire to make this issue personal, let alone engage in an ad hominem attack. I know that the curious can identify the rabbi by searching the internet, but I cannot control that. I can only control what I write. And since I assume that this rabbi is a sincere individual, I want to restrict my response to what he wrote.

The rabbi wrote that Judaism posits that people are basically good, that human nature is good.

A Foolish and Dangerous Idea

This is one of the most foolish and dangerous ideas of the secular world. No Abrahamic religion — not Judaism, not Christianity, not Islam — asserts that people are basically good. This notion is a product of the secular age and a major reason for the moral confusion that characterizes our era.

With regard to Judaism, the Torah completely rejects the notion that man is basically good. God Himself states that “the will of man’s heart is evil from his youth,” (Genesis 8:21) and that “every inclination of the thoughts of the human heart was only evil all the time.” (Genesis 6:5)

In addition, the Torah — and the rest of the Bible — repeatedly warns us not to follow our hearts. In fact, Orthodox Jews cite this admonition from the Torah three times every day: “Do not follow your hearts and your eyes after which you prostitute yourselves.” (Numbers 15:39)

If the human heart is basically good, why does the Bible repeatedly warn us not to follow it?

The rabbi never cites any of these verses. For good reason: They would simply invalidate his argument. This secular belief in the inherent goodness of man is not only not Jewish; as noted, it is foolish and dangerous.

What ‘Basically Good’ People Have Done

How foolish? It is not possible to be aware of human history and to rationally maintain that people are basically good. For a Jew to believe such nonsense after the Holocaust is simply breathtaking. Apparently, basically good people murdered six million Jews.

But we don’t need references to the Holocaust to make our case.

In the 20th century alone, more than a hundred million people — civilians, not soldiers — were murdered by vile regimes and their vile followers. These include the approximately 20 million killed in the Gulag Archipelago; the slaughter of the Tutsis in Rwanda; the genocidal murder of Armenians; the deliberate starvation of about 60 million Chinese; the Japanese mass rape of Korean “comfort women” and hideous medical experiments on Chinese civilians; and the torture and murder of approximately one out of four Cambodians.

Virtually every serious thinker in history knew people were not basically good. They knew about the universality of slavery and the tortures and rapes that accompanied slavery. They knew how men behaved in wartime.

Were all the people who engaged in these evils aberrations? In fact, most were quite normal. The aberrations in history have been the truly good individuals. To cite the Holocaust, the Germans, French, Poles, Hungarians, Lithuanians and others who aided the Holocaust, let alone those who did nothing, were normal people. The handful who aided Jews were the aberrations.

And what about childhood bullying? Are fat, or slow, or unattractive boys and girls generally treated with kindness and empathy? The question is rhetorical.

And what about child sexual abuse? The WHO in 2002 estimated that 73 million boys and 150 million girls under the age of 18 years had experienced various forms of sexual violence. Quite remarkable for a world of basically good people.

So much for the foolishness of the belief that people are basically good. Now let’s deal with why it is dangerous.

The Danger of Believing People are ‘Basically Good’

One reason is that the most important, and most difficult, task of parents and of society is to raise good human beings. Yet, those who believe we are born good will not concentrate on making good people. Why bother if we’re already good?

A second reason the belief is dangerous is that those who believe it blame the evil that people do on outside forces, not on the individual who committed the evil. Belief in the basic goodness of human nature is the major reason people claim that poverty, or guns, or racism causes crime. Anything except the perpetrator.

Babies are selfish — as they have to be to survive. And babies are innocent. But innocent is not the same as good. The rabbi conflates “innocent” with “good.”

He also conflates “in God’s image” with “good.” He writes: “the Torah stating that human beings are created in the image of God (Genesis 1:27) (is) a statement that underscored humanity’s inherent goodness.”

Not so. Created “in God’s image” has never meant man is basically good. Rather, it means that human beings, like God (and unlike animals), know good from evil and have moral free will. In Genesis 1:27, Rashi, author of the most influential Jewish Bible commentary ever written, explains “in God’s image” as “the power to comprehend and to discern.” Second, it means that human life (again, unlike animal life) is infinitely precious.

It is very troubling that an Orthodox rabbi would teach the opposite of what the Torah and Judaism teach concerning one of the most fundamental issues of life. As more and more modern Orthodox Jews attend college and graduate school, it is imperative that Jewish schools teach the distinctiveness of Jewish values.

Increasingly, they do not.