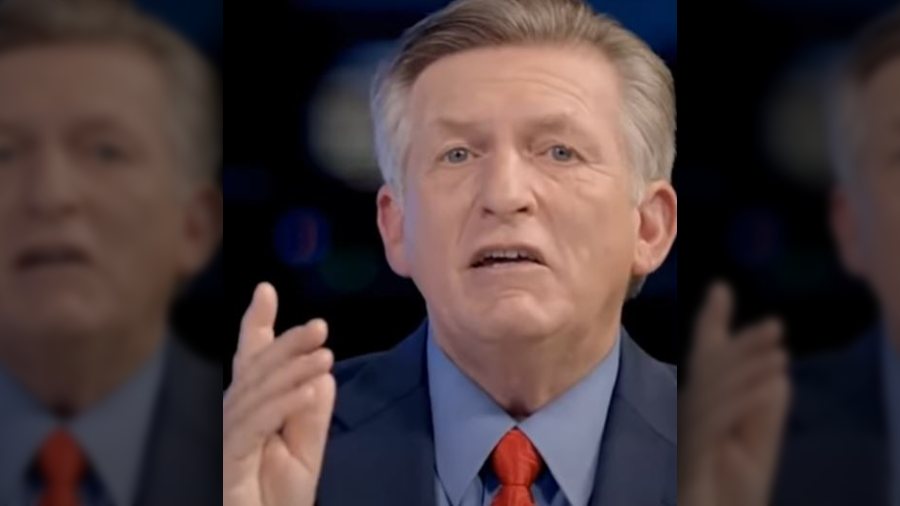 In the midst of the global coronavirus pandemic, we all pray and guard our behaviors in order to ensure the health and safety of ourselves and of our neighbors to prevent its spreading. Meanwhile, noted anti-Semitic “Christian pastor” and “broadcaster” Rick Wiles has proven that while there will be a cure for coronavirus, there is no cure for the older and no less deadly virus of Jew-hatred.

Most recently, Wiles said that the coronavirus is spreading via synagogues and is a punishment from God. “Stay out of those things, there’s a plague in them. God’s dealing with false religions,” he said. The broadcast on his network has become one of the leading propagators of anti-Semitism. “God’s dealing with people who oppose his son, Jesus Christ. He’s dealing with the forces of Antichrist. And there’s a plague moving upon the earth right now, and the people that are going into the synagogues are coming out of the synagogues with the virus.”

He also blamed Israeli Prime Minister Netanyahu and Jewish organizations. Wiles said, “Let me tell you Mr. Netanyahu, God is spreading it in your synagogues. You’re under judgment because you oppose his son, the Lord Jesus Christ.”

Wiles’ recent comments are not unique. One might say he’s never met, or invented, an anti-Semitic conspiracy theory that he didn’t like.  He’s gone so far as to blame the fumbled Iowa caucus results earlier this year on “the Jews.”

Before the outbreak of the deadly virus, Wiles demonstrated his unique and paradoxical ability of being an anti-Semitic political contortionist. He blamed “the Jews” for controlling both the political right and the political left. One glaring example is his blaming “the Jews” for the failure of the app that was used to count Iowa caucus votes. However, he included the contradiction that “the Jews” also wanted to promote the success of openly gay, former presidential candidate Mayor Pete Buttigieg. These are in open contradiction (the failure of the app that was used to promote a candidacy of someone who did well in Iowa). It demonstrates how Wiles has found a way to make his anti-Semitic cake and eat it too, with a cherry on top.

And of course, he perpetuates the baseless claim, embraced by anti-Semitic adherents of replacement theology over the millennia, that “the Jews” killed Jesus. Ultimately it means that all Jews through all generations are responsible for the death of Jesus.  Easter is coming — the time when Christians celebrate Jesus’ resurrection. Calling out “Pastor Wiles” has never been more timely or critical. He, quite horrifically, carries out his dangerous incitement in Jesus’ name. It’s the name in which countless anti-Semitic pogroms and murders have taken place. This is the perfect time to renounce such un-Christian madness.

Wiles literally embraces the age-old anti-Semitic blood libel. He claimed that the COVID-19 outbreak in the United States “started” in March at AIPAC’s conference in Washington. Perhaps Wiles is simply confused. The first instances in the United States were reported in Washington state. But this was all the fuel he needed for his conspiratorial theories. And to add insult to injury, he does this all in the name of Jesus, himself a Jew.

He doesn’t promote any actual sound Christian theology. Wiles has made himself a name with a history of overt anti-Semitic slurs. These include blaming the “Jewish mafia,” the “Jewish lobby,” calling Jews “deceivers,” and Jews as both domestic and foreign “enemies.” In November, Wiles infamously called the effort to impeach U.S. President Donald Trump a “Jew coup.”

As a Messianic Evangelical Jew and an Orthodox Israeli Jew, respectively, there’s a lot we disagree on. But the points about which we do agree are important to highlight. Combating anti-Semitism is one of these. In short, Rick Wiles twists the Bible and does so in ways that are deceitful, hateful, and dangerous.  He ignores God’s mandate in Genesis 12:3, “I will bless those who bless you and curse those who curse you.” Wiles treacherously substitutes his perverse theology for biblical truth. In the process, he borrows concepts from The Protocols of the Elders of Zion, Mein Kampf, and other hateful anti-Semitic screeds.

According to Wiles, “The Jews” are guilty. Always. If there’s a crisis in the world, blame “the Jews.” This a time of great and fear and apprehension, with millions of lives hanging in the balance. Wiles’ rhetoric is all the more despicable. Directly and indirectly, he potentially incites violence.

It is true, of course, that Christians want all non-Christians to accept Jesus as Savior. But by singling out Judaism as the preeminent “false religion,” calling Jews the anti-Christ and designating all Jews “the synagogue of Satan,” along with singling out synagogues as the only houses of worship in which there is a plague, Wiles is, by definition, anti-Semitic.

That’s why he can conveniently ignore the churches and mosques in which many of their worshipers have been infected. And look the other way when Christian pastors die of the virus. It is “the evil Jews” who are being judged by God.

Join us, then, in standing together and speaking out, Jews and Christians, united against the enemies of Israel, among which Wiles has set himself out as a dangerous leader.

We pray that there will be a cure and healing from the the Coronavirus, and that God will heal the hearts of people like Rick Wiles who spread a virus no less insipid, Jew hatred plain and simple.

Michael L. Brown, Ph.D., is host of the Line of Fire radio broadcast and author, most recently, of Resurrection.

Jonathan Feldstein is President and CEO of the Genesis 123 Foundation and RunforZion.com.