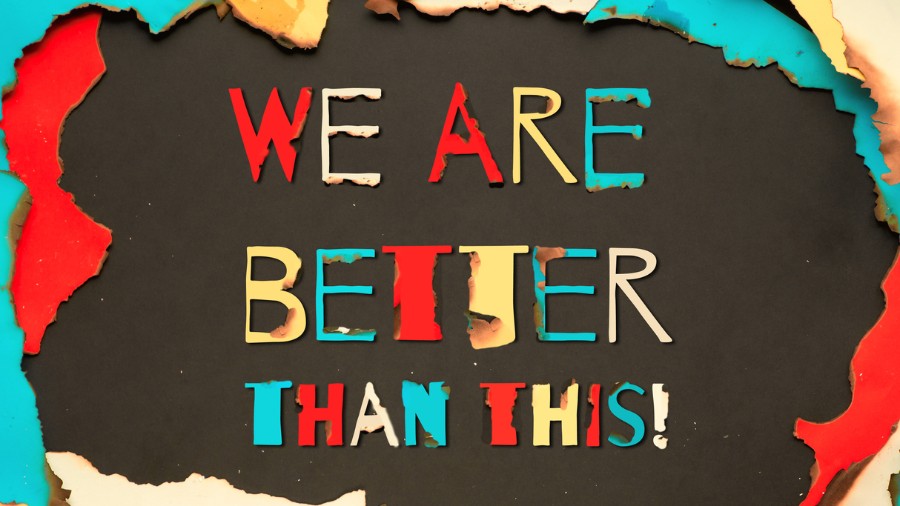 To you, we might be “deplorables,” but we are not ignorant. We know the truth. For the record, we lost trust in you some time ago. We see through your hypocrisy and your feeble and failed attempts to justify your indefensible positions. That is why you yell and scream so loudly or write as you do. Your volume is in inverse proportion to your truth. Your screeds lack rationality.

Senator Marco Rubio Said It for Us

Senator Marco Rubio said it for us:

Why would people trust public health experts who told them they had to lose their job or their business, that their kids couldn’t have a graduation, that their grandmother couldn’t have a funeral, but are afraid to say anything about crowds of people setting fires and looting businesses?

Why would people trust local leaders who will close your business for having too many customers or threaten to arrest you for going to a park or to a church, but who stand by and do nothing when a mob vandalizes a monument, tears down a statue, or takes over an entire section of a city?

Rubio continued, “Why would people trust a media that will shame them for going to the beach, for not wearing a mask in public, but portrays a mob of white anarchists attacking African-American police officers as just frustrated racial justice activists?”

Get Out of Our Way

That is the end of Senator Rubio’s quote, but allow me to continue my open letter to you Health “Experts,” Leftists/Progressives/Dems & Complicit Media.

One thousand of you health “experts” signed a letter telling us that COVID-19 would plague us if we would meet in stores or parks, gather to worship, go to work or share in recreation. Yet you affirmed rioters, protesters, looters, defacers and thieves, claiming that their activities are not a health concern.

We see through your hypocrisy and your feeble and failed attempts to justify your indefensible positions.

You Health “Experts,” Leftists/Progressives/Dems & Complicit Media — you will not destroy our families, our lives, our churches, our businesses, our schools, our communities and our nation. Furthermore, you will not control our private medical decisions. Your season of manipulation has come to an end.

Our President Spoke for Us from Mt. Rushmore

As our President recently noted at Mt. Rushmore on July 3, 2020:

No nation has done more to advance the human condition than the United States of America. And no people have done more to promote human progress than the citizens of our great nation.

All historically engaged and spiritually alert Americans understand exactly what you are attempting to do. President Trump summarized it well:

The radical view of American history is a web of lies — all perspective is removed, every virtue is obscured, every motive is twisted, every fact is distorted, and every flaw is magnified until the history is purged and the record is disfigured beyond all recognition.

Our Trust is Not in Ourselves

You have not yet felt our capacity to push back. But you will. Soon.

Know this, all of you who are trying to destroy this land:
There are tens of millions who will NEVER, NEVER, NEVER EVER give up.
Never.

You have played us for fools. One of your own belittled us for “clinging” to our God. That is because you don’t understand true spiritual strength, nor do you recognize the subterranean principled convictions of true followers of our Lord, nor do you understand what makes patriots activate.

We value virtue and living free more than our very own lives. We would rather die defeating the evil concepts you support, than to live under the despotic rule that you offer.

You burn, loot, steal, deface and destroy property — public and private. If you do not do it yourselves, you health “experts,” Leftists/Progressives/Dems & media speak encouragement for the anarchy and mayhem. You stand with those who take what is not theirs. In contrast, we lay down our lives to gain freedom for others. We can outmatch you many times over.

You have assumed we were cowards and afraid. In reality, we are calculating and poised, ready to strike. The proverbial mama bear is rising to defend her cubs. Why? Because we align ourselves with a Mighty God.

We don’t fear you. We fear and reverence God. Our trust is not in ourselves. Our radical confidence is in Him. “His Truth is marching on.” HIS truth. Not ours. You cannot — long term — silence HIS truth.

Our Strength is in Truth

We will push back with truth (a foreign construct to you), tenacity, logic (something you lack, which is why you try to silence us), superior ideas (which is why you hate honest, open debate), intellect, wisdom (a gift from God), sanity (“For God has not given us a spirit of fear, but of power, and of love, and of a sound mind.” 2 Timothy 1:17), even love (but be assured, it will be a tough love), righteousness, holiness, prayer and fasting, spiritual warfare — Heaven will invade Earth and God will move you out of the way! — and, as needed in the temporal realm — the forcefulness of the strong arm of law (that “Rule of Law” from the U.S. Constitution which you so disdain) and — in a language you will understand better in November — votes.

The weapons we fight with are not the weapons of the world. On the contrary, they have divine power to demolish strongholds. We demolish arguments and every pretension that sets itself up against the knowledge of God, and we take captive every thought to make it obedient to Christ. And we will be ready to punish every act of disobedience, once your obedience is complete. (Paul to people in Corinth, 2 Corinthians 10:4-6)

We are not battling you. We are battling that which controls you, that which you do not even know controls you. Burning, looting, defacing, destroying, lying, deceiving and manipulating is not of God. It has another source.

Jesus comes to give life and give it abundantly. Another source comes to steal, kill and destroy. We know the source of your vandalous and barbaric activity. And, media and elected officials, if you do not stand up against this destruction, abhor it and denounce it, you are complicit in it.

You scream to stop bona fide, legitimate law enforcement. You block the very purpose of government: to protect its citizenry. You either participate directly in or you condone the debauchery, mayhem and murder in our cities. All those killings each weekend? The blood is on your hands. You cannot yell “defund” and “dismantle” and “(obscenity) the police,” and then act like you care when babies and children are killed in the streets each weekend.

What we are talking about is something so much bigger. It is Right vs. Wrong.

Let Me Cut to the Chase

Let me cut to the chase: You are Wrong. We don’t claim to be Right in and of ourselves. Thus, we choose to side with God’s Right. HIS Right. You have chosen Wrong. We have chosen Right. Right always wins — ultimately — over Wrong.

We might appear weak. And perhaps we are. But God is not. He is strong. We submit to him. We walk in humility before a great, mighty and powerful God. He will defend us. He will defend our nation from your incessant, malevolent and vicious attacks.

Know this, all of you who are trying to destroy this land: There are tens of millions who will NEVER, NEVER, NEVER EVER give up. Never.

(only one of tens of millions of God-loving, God-honoring, Bible-believing, unabashed American patriots in the land)