An Important Church and State Battle in Seattle 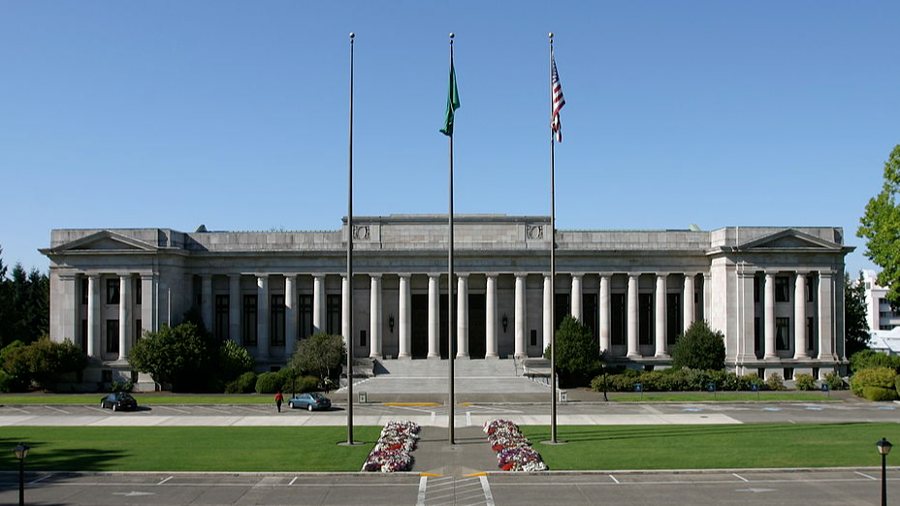 The Temple of Justice at the Washington State Capitol in Olympia, Washington

We have all seen the horrible violence in Seattle in the last year or so. But now there’s a new battle, virtually under the radar.

In 1932, the Union Gospel Mission began serving the poor and downtrodden in Seattle. But now this ministry, which has been serving millions of meals through the years and providing many other services, may have to shut its doors because of a decision by the Washington Supreme Court.

The Alliance Defending Freedom (ADF) is defending the mission. They write: “A Washington Supreme Court decision forces a religious nonprofit, Seattle’s Union Gospel Mission, to hire employees who do not share the organization’s religious beliefs.”

The mission chose not to hire a potential candidate to work for them, who by his own profession does not share their beliefs. He is not a Christian. So he sued. Yet, Christianity is at the core of what they do.

Scott Chin, the president of the mission, told Virginia Allen of Heritage Foundation’s Daily Signal: “We are 89 years old and [at] Seattle’s Union Gospel Mission, we exist to love and serve and share the Gospel with our homeless neighbors. We do that by providing food and shelter, addiction recovery services, job placement services, and legal services.”

“No one should be surprised when a religious organization acts religiously. It is only surprising — and unconstitutional — when the state insists a religious institution shed its faith commitments or be punished.” — Jeremy Dys

But all of their good works for Christ might grind to a screeching halt because the Washington Supreme Court is ignoring the true meaning of the First Amendment.

On June 12, 1788, James Madison, a key architect of the Constitution, declared: “There is not a shadow of right in the general government to intermeddle with religion.”

Not Intended by the Constitution

A month after he was sworn in as our first president, George Washington wrote a group of Baptists: “If I could have entertained the slightest apprehension that the Constitution framed in the Convention, where I had the honor to preside, might possibly endanger the religious rights of any ecclesiastical society, certainly I would never have placed my signature to it.”

In short, if you believe that the Constitution allows for government to interfere with religious organizations, you’ll find no support from the father of our country.

The legal battle is an important one, says Chin: “And so we’ve asked the U.S. Supreme Court to weigh in on this critical issue, ‘Does the government have the power to punish religious organizations for living and operating consistently with their faith in this way?’”

The Supreme Court Has Spoken

Appealing to the U. S. Supreme Court is always a long shot. But the irony is that the Supreme Court has even spoken on this type of issue.

Imagine a Supreme Court decision in which both the late Ruth Bader Ginsburg and the late Antonin Scalia agreed upon. Ginsburg was as far left as they get, and Scalia was far right. But they both agreed on this: A religious organization has the autonomy under the Constitution to hire according to its religious beliefs.

This was a 2012 case out of Missouri involving a Lutheran school, Hosanna-Tabor Evangelical Lutheran Church & School v. EEOC.

In the unanimous decision (9-0), Chief Justice Roberts wrote: “The interest of society in the enforcement of employment discrimination statutes is undoubtedly important. But so too is the interest of religious groups in choosing who will preach their beliefs, teach their faith, and carry out their mission. When a minister who has been fired sues her church alleging that her termination was discriminatory, the First Amendment has struck the balance for us. The church must be free to choose those who will guide it on its way.”

Jeremy Dys — Special Counsel for First Liberty Institute, which fights for religious liberty — told me: “No one should be surprised when a religious organization acts religiously. It is only surprising — and unconstitutional — when the state insists a religious institution shed its faith commitments or be punished.”

If the mission loses this case, imagine the potential impact on the hungry and downtrodden of Seattle. But for the Left, this isn’t about suffering people. Despite First Amendment protections and clear Supreme Court rulings, these dedicated secularists are wholly devoted to undermining the influence of religion and religious organizations in America — and we see the results as our society comes unglued around us.