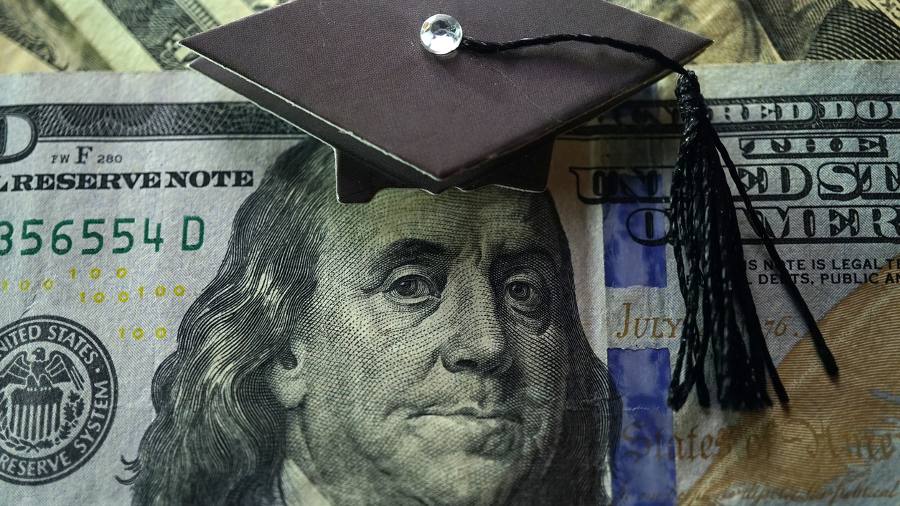 Most estimates suggest roughly 85% of Americans will not benefit from President Joe Biden’s plan to forgive $10,000 in student loan debt for those who make less than $125,000. The plan is referred to as a “student loan forgiveness plan,” but the actual policy is to take the private debts of individuals and make the American taxpayer cover them. Eighty-five percent of Americans will not qualify for the plan. Of those who do, the majority are already in the upper middle class.

This is a Debt Transfer

The upfront cost of this debt transfer from private citizens to the taxpayer will exceed all the inflationary reductions made in the Inflation Reduction Act. It will not only make inflation worse but will inflate college prices by providing a disincentive for colleges to rein in their tuition increases. Former President Barack Obama’s own economic adviser noted on social media that the plan will increase inflation by at least a quarter percent. The University of Pennsylvania’s Wharton School estimates the plan will cost each taxpayer in America $2,100 and fully cost $300 billion.

After the Inflation Reduction Act gave taxpayers a $7,500 tax credit for electric vehicles, Ford Motor Co. raised the price of the new electric F-150 pickup truck by roughly that amount. Other automakers followed suit. Now colleges will do the same.

Progressives say taxpayers are not actually going to owe the money. Actually, taxpayers already paid the money to colleges on behalf of college students. Those students, in turn, contractually, voluntarily obligated themselves to pay the taxpayers back with interest. Forgiving that money means the taxpayers will not see a return on their advance. The government will have to cover that deficit by raising taxes, cutting government services or adding to the national debt. The latter will be the easy way out. That will increase debt service payments and reduce services from government over time, hurting the poor.

It is profoundly immoral and will exacerbate future student debt problems and create deep moral hazards as colleges will have an incentive to get students into further debt for further bailouts. There is no incentive for colleges to cut costs now. After the Inflation Reduction Act gave taxpayers a $7,500 tax credit for electric vehicles, Ford Motor Co. raised the price of the new electric F-150 pickup truck by roughly that amount. Other automakers followed suit. Now colleges will do the same.

Beyond that, white students tend to have lower student loan balances by virtue of having more financially able families to help cover college costs. By forgiving $10,000, Biden will actually be expanding income inequality between races by putting white kids at a significant advantage over black kids who will be left with far higher remaining debt balances.

Additionally, people who worked hard to meet their private debt obligations will be disincentivized from that hard work. Why put in the time and effort when the government bails out the irresponsible? We will, in fact, be bailing out the irresponsible and sending the IRS to audit the responsible.

Progressive theologians claim there is nothing more Christian than forgiving debts but outsourcing Christian charity to government is immoral. It is particularly immoral when the 50-year-old electrician who makes $75,000 a year without a college degree is asked to bail out the 25-year-old lawyer making $100,000 a year.

Finally, beyond the non-college-degreed, there is the class of citizens who already paid off their debts. They scrimped and saved. They cut back. They met their obligations. The level of resentment in this country is going to rise as those who paid off their debts are forced to cover the costs of those who did not.

It is profoundly immoral to transfer the privately incurred debts of some onto the backs of all taxpayers, most of whom put in the work to pay off their own debts. The only rationale for this public policy is to reward rich, white, college-educated Americans for moving into the Democratic Party.

This policy will escalate the trend of nonwhite working-class voters moving to the GOP as they’ll now be shouldering the debts of the white kids who got gender study degrees and then were shocked they could not get a job. This policy will amplify racial income inequality in the country. This policy will drive up inflation and college tuition. This policy is wrong, and it is immoral.